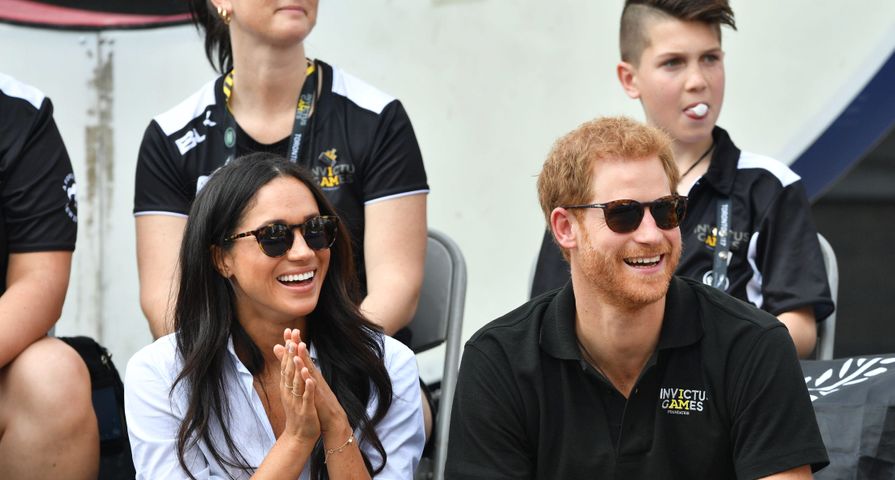 After more than a year as a couple, Prince Harry and Suits actress Meghan Markle have made their first official joint public appearance together in Toronto!

The duo stepped out holding hands on Monday as they made their way to the wheelchair tennis game between New Zealand and Australia at the Invictus Games. They kept the appearance quite casual and both opted for jeans, sunglasses and button-up shirts rather than formal royal attire.

Prince Harry and Meghan were met immediately by an applause from attendees of the event as they walked by hand in hand in a long anticipated moment. The intimate moment came as a nice surprise and change in comparison to their public appearance Saturday night where they sat roughly 30 yards away from each other during the opening ceremony of the Invictus Games.

Since their romance was confirmed last November, the duo have rarely been photographed together. Monday’s appearance marks the first time the duo have attended a public event flaunting their status as a couple. They sat together and were spotted smiling, laughing and whispering to each other throughout the games. When the match finished, they stood up and clapped to show their support.

A proposal seems more imminent than ever with the couple officially appearing together and an insider close to the royal previously revealed that Prince Harry is “fast approaching” an engagement. 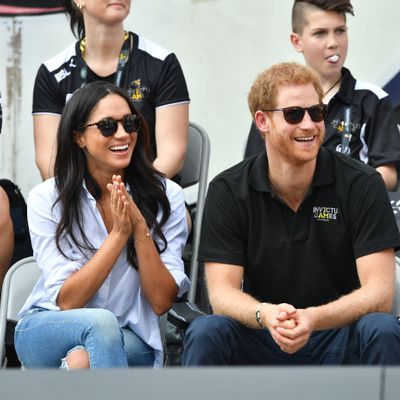