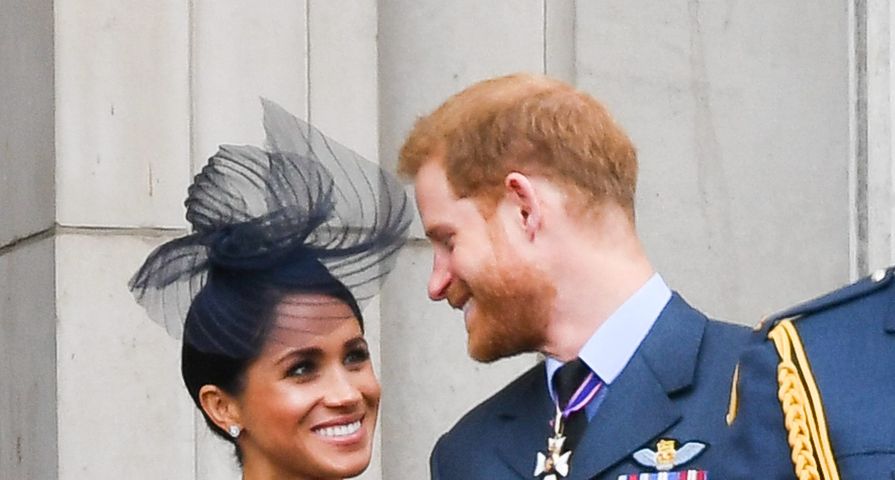 More than two months after their big royal wedding, the Duke and Duchess of Sussex are busier than ever with royal engagements, but on Wednesday, July 25 they revealed their joint royal monogram, which made sure to honor Prince Harry’s late mother, Princess Diana.

Georgie Gardner, host of Australia’s The Today Show, was the one to show off the monogram when she showed off her thank-you letter from the couple for the wedding gift she sent. The new design is simple, yet elegant and incoporates Meghan’s love of calligraphy.

The joint monogram features and intertwined “H” and “M” in a flowing cursive style which is topped by a coronet, which features two crosses pattee (a type of Christian cross), four fleurs-de-lys and two strawberry leaves.

Many were quick to notice that the cypher is in royal blue which was the late Princess Diana’s favorite color.

Shortly after the couple’s wedding in May, Duchess Meghan was given her individual cypher, which features the same style “M” and exactly the same coronet. She was also given her own Coat of Arms, that featured many symbols of her Californian heritage, such as golden poppies, California’s state flower, and two golden rays striking through a blue shield to symbolize the sunshine on the Pacific Ocean.

Gardner read her thank-you letter to the audience: “Dear Georgie, we wanted to write and thank you so much for the incredibly thoughtful wedding gift. We are both delighted that you would think of us during this special time and greatly appreciate your kindness. We apologize for the delay in getting this letter to you, but as you can hopefully understand it has been a very busy time for us! Thank you again for your kind gift; we are incredibly touched. All the best, Harry and Meghan.” 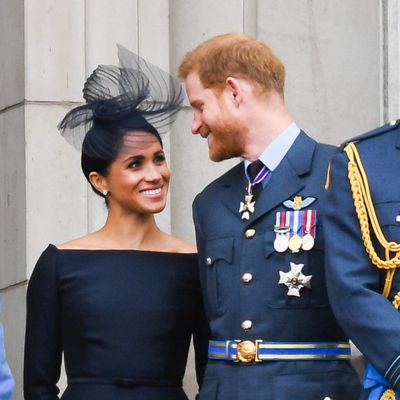