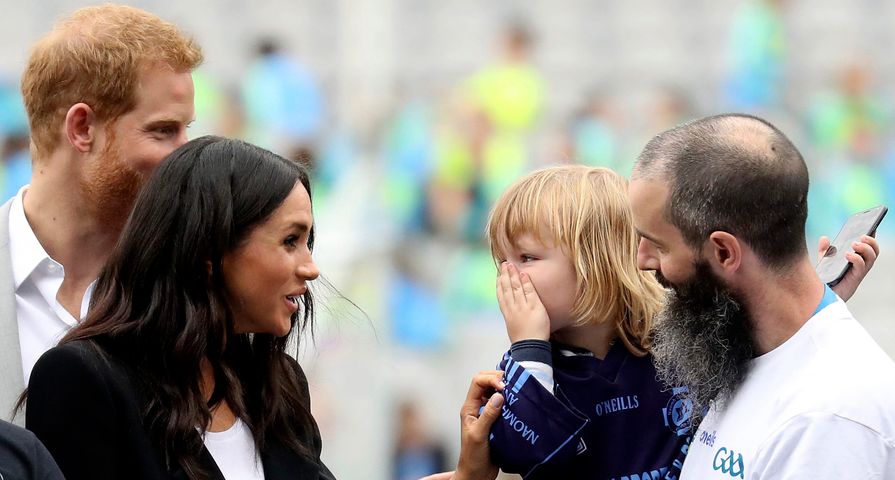 The new Duke and Duchess of Sussex have been very busy lately from attending Prince Louis’ christening to jetting off to Ireland for royal duties and along the way they have shared some very sweet moments with young fans.

As the newest couple in the British royal family, everyone is wondering when Prince Harry and Meghan Markle will start their own family, and the question can’t be helped but to be asked when they are interacting with children.

On Wednesday, July 11 the royals met with Ireland’s President Michael Higgins and then headed to Dublin’s Croke Park for a more casual event where a young fan couldn’t get enough of Duchess Meghan’s hair. As Meghan smiled at the 3-year-old Prince Harry joined in on the fun and gave the toddler a mock scolding by wagging his finger at him.

As Harry interacted with a woman she told him “My husband also has red hair and he gave me five children — when are you and Meghan going to get going?” and the Prince joked back, “He laughed and said ‘five children? — too many.’ ”

Of course, it is no secret that both Prince Harry and Meghan Markle would like to start a family sooner than later and when BBC asked them shortly after their engagement in November if a family is on the way, Prince Harry replied, “Of course,” and added, “You know, one step at a time. Hopefully we’ll start a family in the near future.” 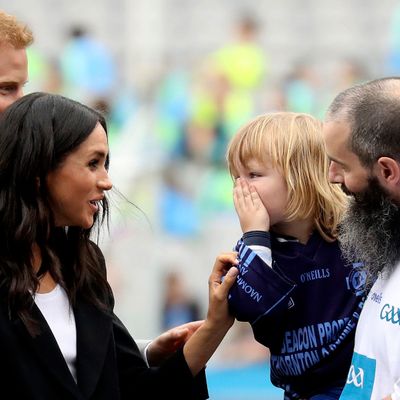