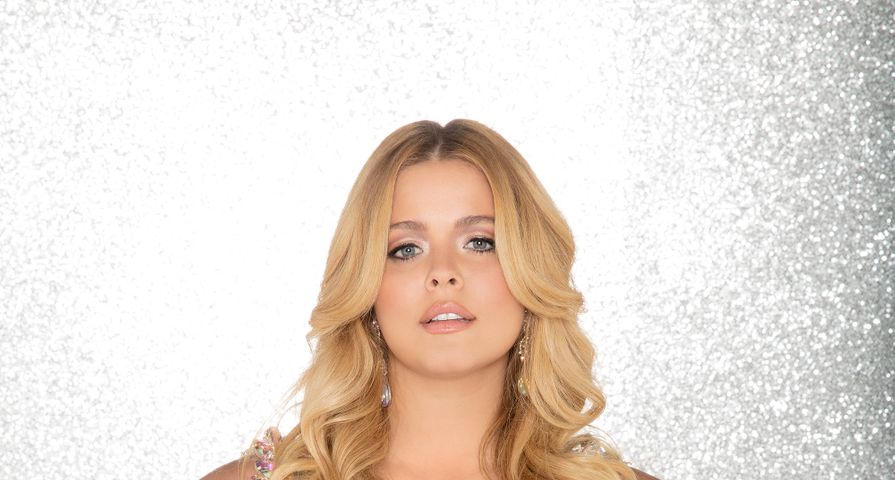 Pretty Little Liars actress Sasha Pieterse recently opened up about her 70 pound weight gain on Dancing with the Stars.

As she rehearsed with partner Gleb Savechenko, Sasha confessed on Tuesday’s episode that she gained nearly 70 pounds in just over two years due to a hormonal imbalance called polycystic ovary syndrome. “[It was] one of the hardest things I’ve ever been though,” Pieterse confessed. “I had no idea what was going on and I didn’t have any way of solving it.”

Fortunately, Dancing with the Stars has helped the star gain her confidence back and lose weight in the process. “Now I’m seeing results,” the actress explained of her 15 lb weight loss. “I think most importantly, I’m feeling like me again.”

Pieterse and partner Savchenko pulled off an impressive samba routine to Hailee Steinfield’s “Most Girls” and earned a score of 22/30 from the judges. “I love this song because it really resonates with me about what I’ve been through and what I’m still going through,” Pieterse said. She added that while playing Alison DiLauentis on Pretty Little Liars viewers began to call her “fat’ or assume she was pregnant. She admitted that it was ‘really hurtful” and explained that “they were angry. They were mad I look like this.”

Pieterse delved further into the issues with Dancing with the Stars co-host Erin Andrews,”I feel like I’ve always been a happy person, and I’ve been so blessed with amazing family and friends. But … I don’t know. I went through a hard time, so feeling like me again, it means the world, honestly.”

Watch her dance below: