Pregnant Blake Lively Plays ‘Know It All’ With Jimmy Fallon 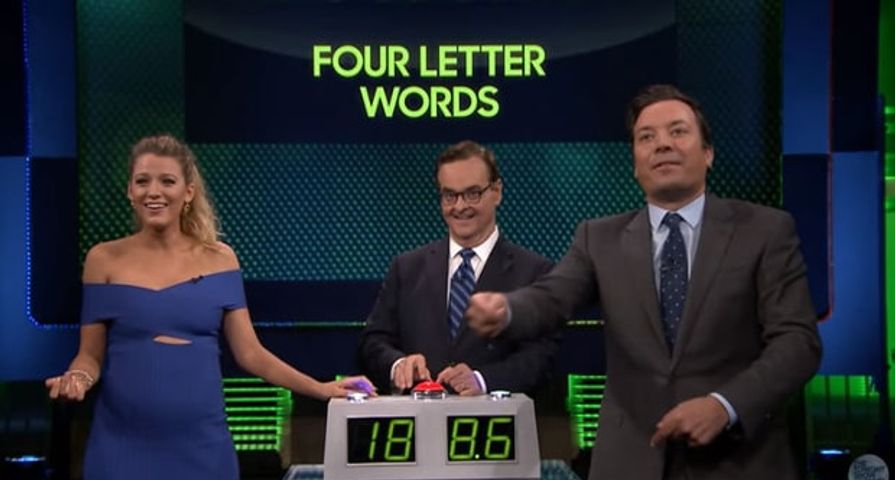 Pregnancy is not stopping Blake Lively from doing anything, including getting super competitive while appearing on The Tonight Show with Jimmy Fallon.

As always, Fallon had a great game lined up for his celebrity guest and while they sometimes tend to include alcohol, he made sure to avoid that for Lively who is expecting her second child with husband Ryan Reynolds later this year.

Instead the duo played a hilarious game of “Know It All.” Lively looked stunning in a blue dress showing off her growing baby bump and as the guest got to start off the competition by picking the category “Harry Potter Characters.” After Fallon lost for calling out Lively on the character Hedwig, he chose a bit of a harder category with “Spanish Words” and while they muddled through with words like “burrito,” the category that was most difficult and the most intense was none other than four letter words. Since swear words weren’t allowed, it was hard for The Shallows actress to say anything other than “Shoot!”

Check out the hilarious game below!