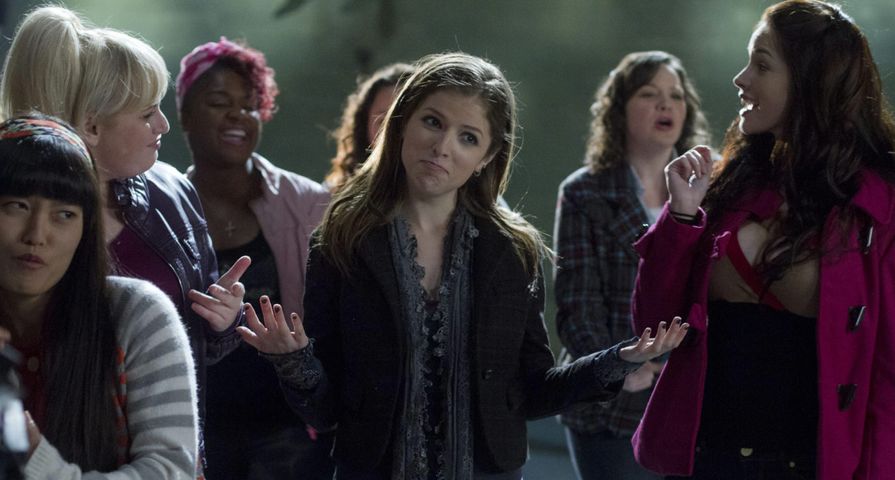 Back in November fans of the blockbuster hit, Pitch Perfect from 2012, were teased with their first trailer for the film’s much anticipated sequel.

The trailer only proved to build more anticipation as it showed all of the Barden Bellas back in action including Beca, played by Anna Kendrick and Fat Amy, played by Rebel Wilson.

While the trailer revealed that the Bellas were seeking “world domination” as they compete in the World Competition, there is now another trailer and it shows the hilarious way the Bellas got there in the first place.

The clip starts with Fat Amy suffering a major wardrobe malfunction as the Bellas perform for none other than the President of the United States in honor of his birthday, an incident so severe that the group is suspended from all vocal competitions.

Beca then proposes commentators and A Cappella officials Gail (Elizabeth Banks) and John (John Michael Higgins) with an agreement that if they are allowed to compete in and win the world championship, they will be reinstated. Of course they have to take on European supergroup Das Sound Machine in the process.

The trailer promises even more laughs and one liners than the first as it prepares the world to get “Pitch Slapped” when the film hits theaters on May 15.