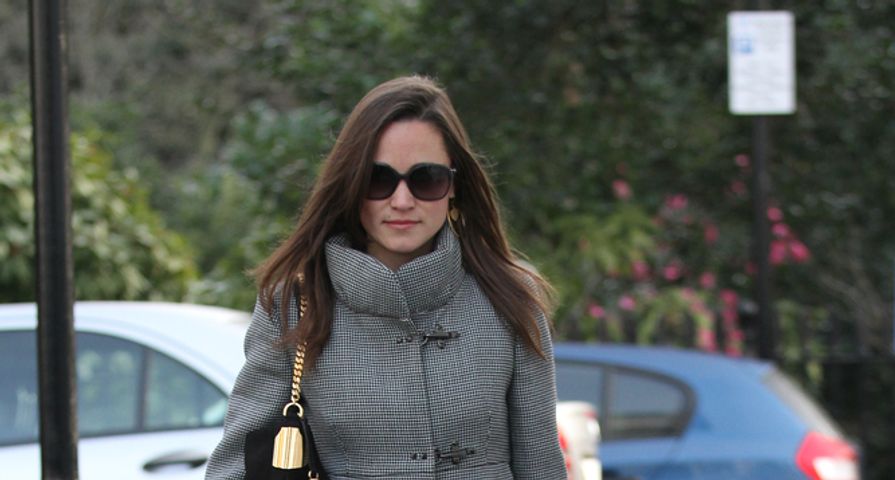 Simon James / Shutterstock.comPippa Middleton is about to get the princess treatment — she’s engaged!

A source has confirmed that Kate Middleton’s younger sister Pippa, 30, is engaged to her banker boyfriend Nico Jackson, 36.

Though there is some speculation that a proposal hasn’t happened just yet, other sources  say Nico popped the question “exactly how he planned it…Very romantic and grand!”

Pippa reportedly does not want to get married in London because it would never live up to her sister’s royal nuptials — so the plan is to get married in another country altogether. Check out the video to see the details of their 2014 wedding!

Pippa and Nico, who have been dating for 15 months, wanted to fit in a lot of traveling before getting hitched. They most recently jetted off to India (where Nico allegedly proposed) and stayed in a £1,600-a-night luxury suite at  the Oberoi Amarvilas, a five-star resort with grand views of the Taj Mahal. The couple also visited the Caribbean back in September, and went on a shooting trip in October.

Pippa was not sporting an engagement ring in London’s Heathrow airport when they returned – so the news could perhaps be just another rumor. If Nico didn’t feel the  pressure before, he certainly does now!

Check out the video for all the details: