Home » Trending News » Patrick J. Adams Reveals He Is Leaving Suits As It Gets Season 8 Renewal

Patrick J. Adams Reveals He Is Leaving Suits As It Gets Season 8 Renewal 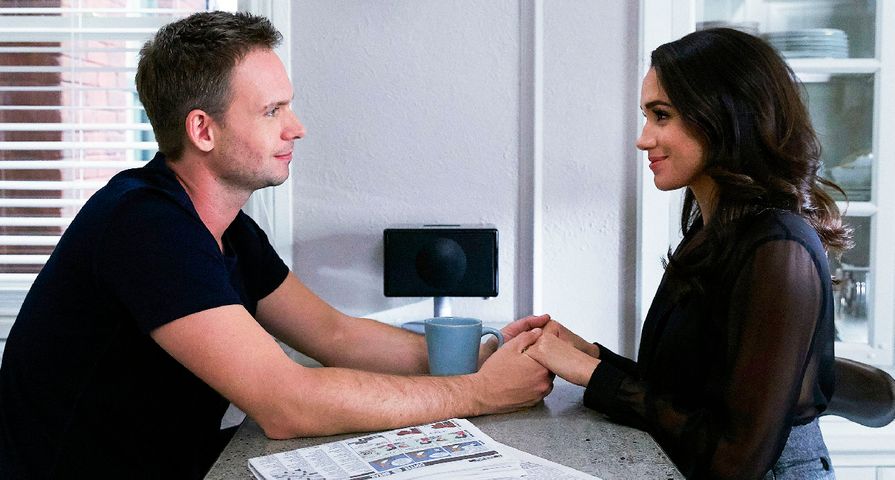 Fans of the long-running legal drama Suits knew that if and when the series came back for an eighth season it would be doing so without Meghan Markle, who starred as Rachel Zane for seven seasons, but that isn’t the only major loss the show is suffering.

Along with Markle, Patrick J. Adams, who played her on-screen love interest and starred as Mike Ross, has revealed he will not be returning to the show after news broke that USA Network had renewed it for an eighth season.

Despite the major loss for the show, creator Aaron Korsh has only well wishes for Adams. “It’s not often you meet someone that changes your life, and that’s exactly what Patrick did,” Korsh told The Hollywood Reporter. “He changed my life for the better. We are a family on Suits, on screen and off. And though Mike Ross and Patrick Adams are both moving on, as far as I’m concerned, they’ll always be members of my family.”

Talking to The Hollywood Reporter, Adams admitted he thought he would leave the show after the first half of season six. “After seven seasons — really, eight years of being away from home and away from my now-wife and there was that pressure. I started thinking about leaving at the end of the first half of season six, after Mike was released from prison. From a story point of view, I was a little unsure of what was left for him to do. Mike had made the pledge during his trial that if he were allowed to continue to practice the law, he would dedicate his time and energy to underrepresented people and not big, corporate interests. I wasn’t sure how we were going to work that version of the character into the fabric of the show. Aaron Korsh and I talked about it and he pitched this idea of Harvey (Gabriel Macht) offering a one-for-one deal that would keep Mike working at the firm so he could gather the resources to go and do more pro-bono cases. That brought up an interesting season seven. And I’m proud of how this season turned out.”

The actor also opened up about leaving around the same time as Markle, who left the series following her engagement to Prince Harry, and revealed there wasn’t an open discussion about her exit. “With Meghan, a lot went unsaid. Meghan has this whole crazy part of her life that’s just beginning now. In some ways, Meghan and I were the closest because we were the youngest people in the cast and both came in with the least experience. We grew up together over the course of the show. There was this natural sense that we both knew that the time had come for both of us. It went unspoken and we just enjoyed the hell out of the last few episodes that we got to shoot. We both knew that we wouldn’t be coming back. It made every one of our scenes that much more special. We had a great time. We could laugh through it. Even the things that might have frustrated us about the show, they became things that we could have a good laugh about and compare notes on just how crazy this thing had become.”

Luckily for fans, if Suits continues on with just Gabriel Macht’s Harvey Specter in a leading role, Adams isn’t opposed to returning someday. “I’ve said my goodbyes to Mike and to Suits, but I never close any door. When the time comes, if it felt like it was the right thing to do, I’d definitely be open to it.”

State of the Union #MikeLoss