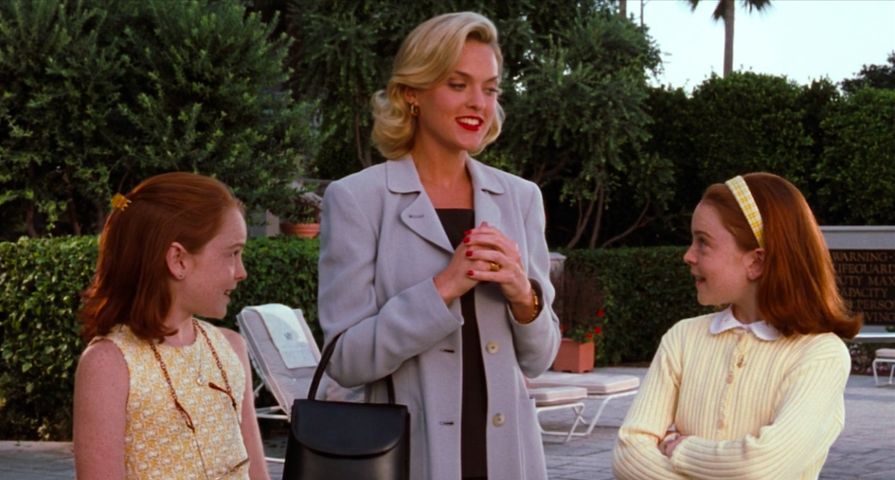 Many celebrities and former costars of Dennis Quaid’s have been extending their well-wishes after the recent news of his engagement, but his former Parent Trap costar had the best reaction of them all.

Elaine Hendrix, who memorably played Meredith Blake, the 27-year-old set to marry Quaid’s character in the 1998 film, took to Twitter to share her reaction to the 65-year-old actor recently proposing to his girlfriend, 26.

“Watch out for those twins,” Hendrix, 48, joked as she added an emoji of twin girls next to each other, and retweeted the Page Six article about the engagement.

Fans will remember that Lindsay Lohan played both twins Hallie and Annie James, who were separated at birth while one went to live with their father Nick Parker, played by Quaid, while the other lived with their mother Elizabeth James, played by Natasha Richardson. After discovering each other at the same summer camp, the twins hatch a plan to get rid of Meredith and get their parents back together.

Quaid proposed to his girlfriend Laura Savoie over the weekend while in Hawaii where he was promoting his newest film Midway.

“I had the ring in my pocket. It has been kind of a month-and-a-half plan — I wanted it to be private,” he said of the “sunset” proposal. “She was actually taking a selfie of us, and I put the ring in front and said, ‘Will you marry me?’ And then she fell down.”

He continued, “It happened on the very northernmost point of Oahu, at Turtle Bay. It was kind of spontaneous. It was very much a surprise.”

Quaid was previously married to P.J. Soles from 1978 to 1983. In February 14, he married for the second time to actress Meg Ryan with whom he sahres son Jack Henry Quaid, 27. He then married real-estate agent Kimberly Buffington and the two divorced in 2016. The two share joint physical custody of their twins Thomas and Zoe, both 11.

Watch out for those twins. 👯‍♀️ https://t.co/Rloat1gLCy