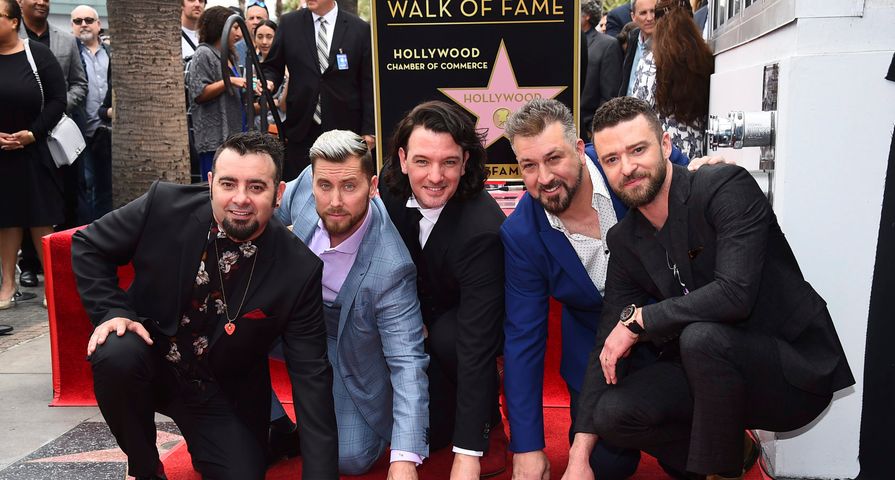 One Tree Hill Podcast: Revelations From Episode 2 "Take Me to the Pilot"
(Photo by Jordan Strauss/Invision/AP)

The ‘NSYNC guys were tearin’ up hearts again when they reunited for the first time in nearly two years on Monday, April 30th to receive their star on the Hollywood Walk of Fame.

All of the band members including Lance Bass, JC Chasez, Justin Timberlake, Chris Kirkpatrick, and Joey Fatone caused absolute mayhem with excitement by all attending and it all kicked off with Ellen DeGeneres and Carson Daly saying a few words to honor the band.

“I watched this band evolve over the years, and by that I meant I spent 10 minutes reading their Wikipedia page,” DeGeneres joked.

“They actually got their name from a comment Justin Timberlake’s mom made about their singing. She said when they sang they sounded in sync,” she continued, adding, “You’re very, very lucky because if my mother named your band it would have been called, ‘Stop that racket, I’m trying to watch my stories.”

“Of course the band is made up of the cute one, the bad boy, the sensitive one, the sexy one and Joey,” she teased, before adding that in all seriousness, she was “happy that you’re being honored today.”

Daly couldn’t help but poke some fun too, saying in part, “I was one of the very lucky people who got to hang with these guys when the entire world wanted to hang with them. And keep in mind, this was a time when Justin’s perm was the envy of poodles and sheep everywhere, Lance was known for dating actresses not actors, JC discovered the fountain of youth apparently, Chris was rocking cornrows and braids, and of course, I spent most of my time with Joey, because he was 25 years older than the rest of the guys.”

Upon accepting their star, all five NSYNC members shared words of gratitude for all the support they have had over the years with Timberlake saying, “This is so surreal. You guys are the best fans in the world,” and thanked everyone who came from so far to “share the moment.” “These four guys mean so much to me,” he added before addressing his bandmates. “We’re really a family and the memories that we have and the times that we’ve shared and the families that we’ve built from it…I don’t think I could really put into words how much the four of you mean to me.”

While they guys thanked their families, Bass also opened up about why he chose to not come out as gay when they were in the height of their fame. “At the time I thought I would never be able to tell anyone because not only was I terrified of the lasting rejection I was certain that would happen, but I didn’t want to jeopardize the career of the guys standing up here — much less the hundreds of amazing people who worked tirelessly to bring ‘NSYNC to the world,” he said. “I thought if I came out, ‘NSYNC would be over, so I kept my secret and our wildest dreams were coming true. But so many nights onstage I’d see young gay fans singing their hearts out, and I just wanted them to know, ‘I was you.’ I just didn’t have the strength then,” he added, before thanking members of the LGBTQ community for embracing and supporting him.