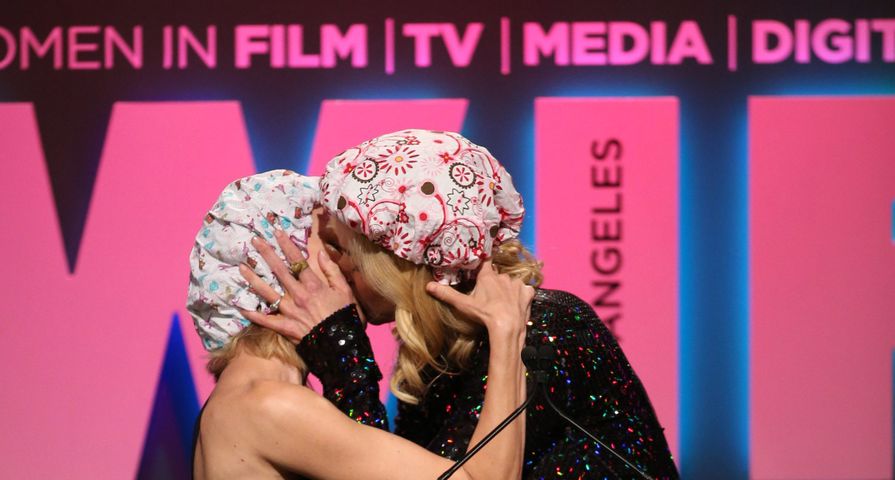 Things You Might Not Know About Nicole Kidman & Keith Urban's Relationship

Of course celebrated actresses Nicole Kidman and Naomi Watts would be highlight attendees a the Women In Film Crystal + Lucy Awards held in the Hyatt Regency Century Plaza Hotel in L.A. on Tuesday June, 16, but no one was expecting them to kiss on stage.

The 47-year old Kidman gave a moving speech about female empowerment and recalled a moment in her career when she was only 14, way before she was a Hollywood A-lister or Oscar winner and turned down a part because it required her to kiss a girl.

“I am horrified to report that I passed on the part she offered me. My excuse was that I had final exams to study for, but the truth is the part would have required me to appear up on the screen wearing a shower cap and kissing a girl… I wanted to be the kind of actress with long flowing hair [who] kissed boys.”

She then continued her speech by imploring everyone to help teen girls pursue their dreams and not hold back based on expecations or perceived limitations at which point she and her friend of more than 30 years, Naomi Watts, donned shower caps and locked lips.

“Let’s stand tall and never ever apologize for it,” she announced before the kiss as the entire audience roared with cheers and applause.