Nicole Kidman Lobs Off Her Hair For Chic New Style 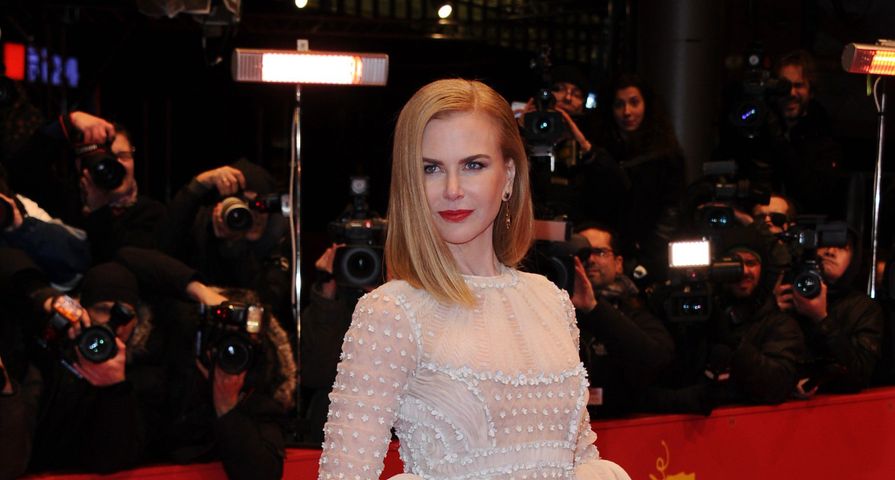 One of the most famous Australian redheads on the planet, now has way less of her famous tresses after Nicole Kidman, 47, cut off about a foot of hair in favor of a brand new do.

Kidman stepped out at the Berlin Film Festival to her promote her now film Queen of the Desert on Thursday February 5, looking gorgeous as ever and rocking a new bob, a major trend among Hollywood A-listers it seems.

Although many fans are used to seeing the actress with straight hair at least since her Moulin Rouge days, it was only last year that she stated she wanted to embrace her naturally curly hair more.

“I almost never straighten it anymore. It’s taken me 40-something years, but I embrace the curl. My littlest daughter has the same hair. She likes it when my hair is curly, so I wear it for her,” she told InStyle magazine.

It seems she has had enough of the trouble though as she switches it up for the much less maintenance style that now sits just above her shoulders in a chic asymmetrical cut that is also much more strawberry blonde these days then her fiery red from previous years.

Of course just like everything else she does, Kidman looks beautiful and sophisticated and joins celebrities such as Kate Bosworth, Joanna Krupa, Rosie Huntington-Whiteley and Lauren Conrad who have all punched their ticket on the bob bandwagon.

Also Check Out: 7 Celebrities Who Should’ve Never Cut Their Hair Off