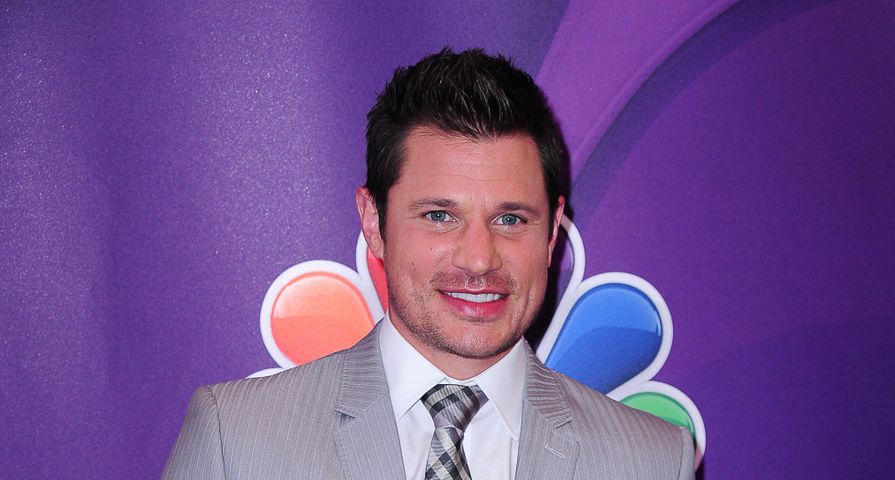 On Monday, February 3, Lachey sat down for an interview with the Today show alongside his wife Vanessa Lachey to promote the new Netflix dating series Love Is Blind. At some point in the interview, Today show reporter Hoda Kotb asked the 98 Degrees singer if he knew about any of the revelations that Simpson shared in her new memoir Open Book, which goes into detail about their marriage and their separation in 2005.

“I’ll be honest, I obviously haven’t read the book, so I don’t know what she said or what she revealed there, but I’m certainly happy for her and her life, I know she is happy for us,” he said.

Lachey continued, “There’s definitely a mutual respect there, so that’s, you know — obviously it was a long time ago; we’ve all moved on.”

During the interview, Vanessa was visibly confused when Kotb stated that the couple had sent Simpson a gift during a milestone in her life, responding, “It wasn’t us, but thank you, whoever sent it from us,” adding, “I didn’t. I don’t know her address.”

In Simpson’s new memoir, available to purchase this Tuesday, she writes candidly about her relationship with Lachey, whom she met in 1998. The two married in 2002, and their day-to-day life was showcased on MTV reality show Newlyweds.

“He was my first love,” Simpson told PEOPLE just recently.

“We were young and pioneering our way through reality television, always mic’d and always on,” she said. “We worked and we were great at it but when it came time to being alone, we weren’t great at it anymore.”

“We really got crushed by the media and by ourselves,” Simpson added. “I couldn’t lie to our fans and I couldn’t give somebody hope that we were this perfect golden couple.”

When looking back on their relationship, she said that she respects her ex-husband “very much.”

“I was really young and my success hadn’t really begun. He knew me as this young innocent 18-year-old that had never been introduced to the world in so many ways. I went straight from my father to him. Nick’s very smart,” Simpson said. “He was eight years older than me, but he was also young.”

The actor-singer also said she and Lachey “meant a lot to each other and we always will.”

“I want to be very respectful because I married him for a reason and we were together for seven years for a reason,” she said. “He has a family now and I would never say anything to disrespect that.”