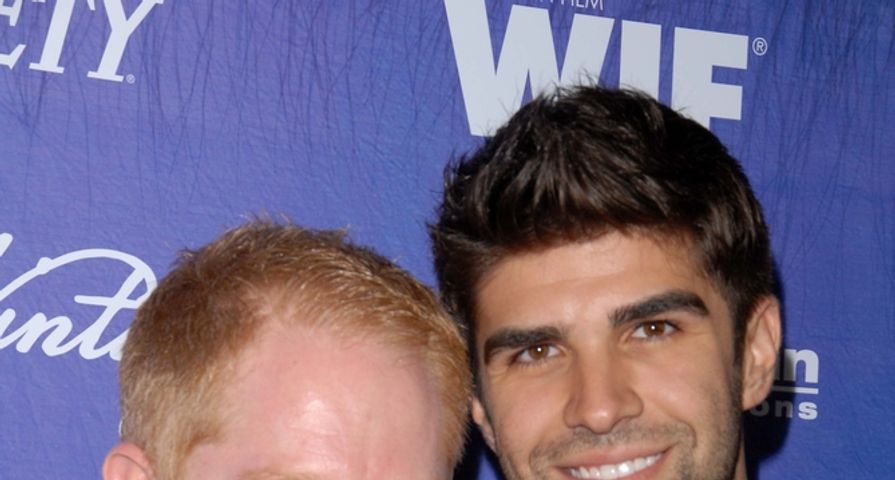 Jesse Tyler Ferguson is about to become a father alongside his husband Justin Mikita!

On Wednesday’s episode of The Late Late Show, Ferguson shared with host James Corden and viewers some advice about turning 40… and he and his husband will soon be dads!

“It’s when you finally become an adult, I feel,” said Ferguson of entering one’s 40s. “Like, ‘I need to start getting serious about things.’”

The Modern Family actor continued, “Actually, this is something I haven’t even mentioned to anyone, if we could just keep it between the three of us and you all, but I’m actually expecting a baby in July with my husband.”

Ferguson, who is currently filming the final season of Modern Family, did not share what his soon-to-be child’s sex, and only jokingly confirmed that it would be a “human.”

Ferguson and Mikita tied the knot in July 2013 at an intimate ceremony in downtown New York City, with playwright Tony Kushner as the officiator.

The actor, who plays as Mitchell Pritchett on Modern Family, and Mikita got engaged in 2012 while the two were vacationing in Mexico after being together for almost two years. The couple has been opened about their desire to start a family. In 2013, Ferguson said he wanted to have a child within “the next four, five years.”

“We are very excited to start a family,” the actor said at the time. “We don’t have any sort of timeline right now. When you have to look for alternate means, there’s a little more planning that has to go into that, so who knows. When we start the process it might still be a three-year ordeal. We’ll see what happens!”

Although the pair may not have an exact timeline, they jokingly said how they want to have a “Kate Gosselin situation” when they started having kids.

“At least eight, minimum!” Ferguson shared at the time.