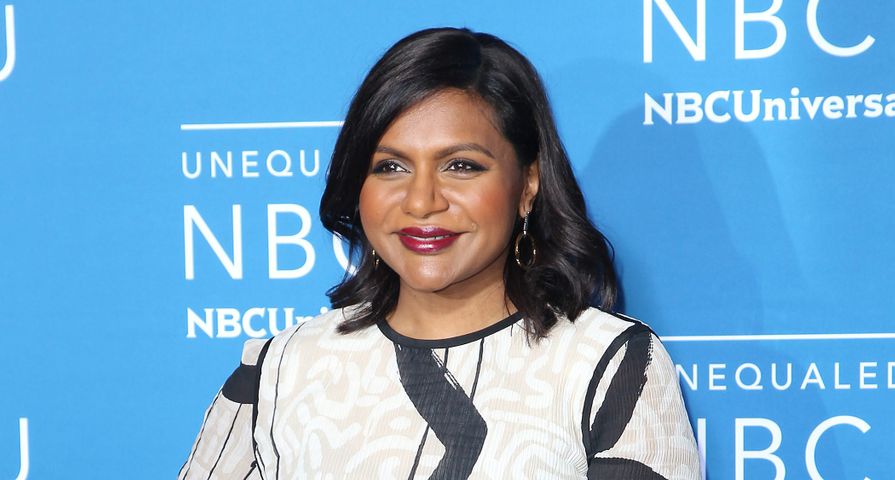 Last month it was surprisingly reported that 38-year old Mindy Kaling was pregnant with her first child.

Since the announcement, Kaling has remained quite aloof regarding the topic, but recently opened up for the first time in a sneak peek from NBC’s Sunday Today With Willie Geist. Mindy shared that she is “really excited” for parenthood and added, “It’s so unknown to me. I have a lot of control over a lot of aspects of my life, and this is one where I’m like, ‘OK, it’s out of my hands,’ which is kind of a fun feeling.”

Kaling has not yet revealed who her baby’s father is but has shared that she is looking forward to bonding with other mothers after she gives birth to her little one. “As you know, it’s so easy to criticize parenting until you’re a parent, so one of the nice things about becoming a parent is that I’ll be able to openly criticize other parenting, because I’ll have a child,” she jokes.

When asked about how she hopes to raise her child, the actress revealed it would be quite similar to her own upbringing. “My mom was incredibly fierce and so devoted to us, just loved us and really wanted us to be happy no matter what we did. My career choice was not something that she was familiar with and she was just so supportive of that,” she says. “If I could give that to my child, just that open-mindedness, I’d be so happy.”