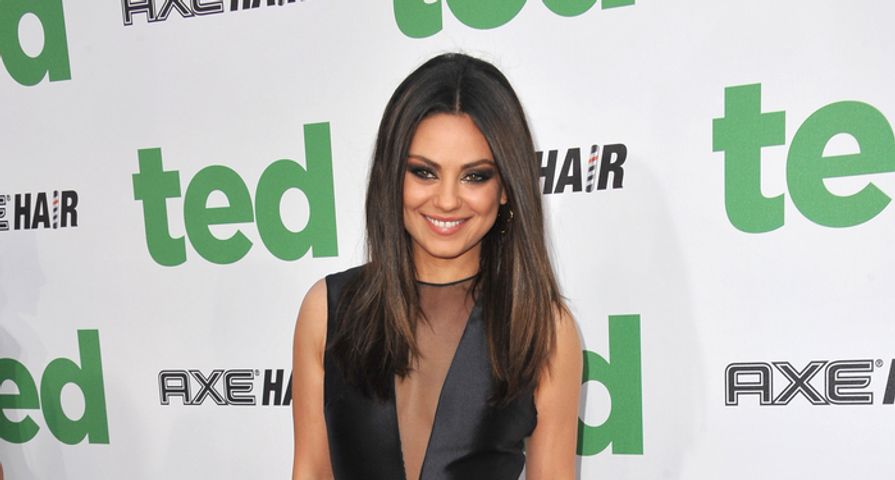 31-year old actress Mila Kunis and 36-year old Ashton Kutcher made every That 70’s Show fan the happiest fans in the world when the former co-stars welcomed their first child into the world in October.

After two months adjusting to motherhood – and obviously getting back into shape – Mila Kunis made her first TV debut on The Late Late Show with Craig Ferguson since giving birth to daughter Wyatt Kutcher.

The host and Kunis jumped right into joking around when he asked, “Anything going on in your life?”  She replied with, “You know, a couple things here and there,” Kunis laughed.

They then talked about the now nine week old Wyatt and Ferguson commented, “Girls are easy …Until they’re teenagers,” but for that Kunis says she is passing duties over to fiance Kutcher, “That’s not my problem. That’s daddy’s problem!”

While the couple have been low-key since the arrival of their baby, Mila was open about being a mother and credited a great deal to breastfeeding to helping her get back in shape. Mila is more confident than ever,  donning a little black dress with side cut-outs that revealed how toned she already is.

The two also reminisced back to That 70’s Show when, even though Kunis was a star on the show, she still had to help out her mom at Rite Aid where she worked.