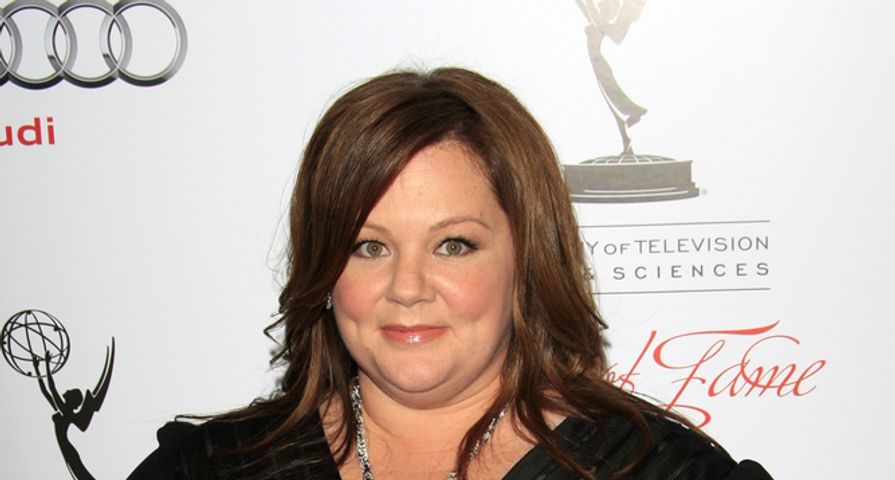 Melissa McCarthy has slimmed down!

The Bridesmaids and Mike and Molly star, 44, made an appearance on a red carpet at an event in Santa Monica looking quite a bit slimmer than we’re used to seeing her. Check out the video to see Melissa’s new look!

Friends say she’s lost 45 pounds on a diet that’s low in carbs and high and protein. But she’s not looking for a drastic transformation, and she’s happy with her curves.

“Melissa knows that her fans love her big and beautiful, and she’s not obsessed with dieting,” an insider told Star magazine. “She’s just looking for a happy medium.”

She told Rolling Stone earlier this year, “I could eat healthier, I could drink less. I should be learning another language and working out more, but I’m just always saying, ‘Ah, I could get hit by a bus tomorrow.'”

Melissa’s not living a healthy lifestyle so that she looks different in gowns at award shows; everything she’s doing is for her family. “Melissa realized she wasn’t being as healthy as she could be,” a friend explained. “She wants to set a good example for her kids and she wants to be around to be a grandmother, too.”

Check out the video below to see the dramatic weight loss!