Melissa McCarthy Gets Star On Hollywood Walk Of Fame 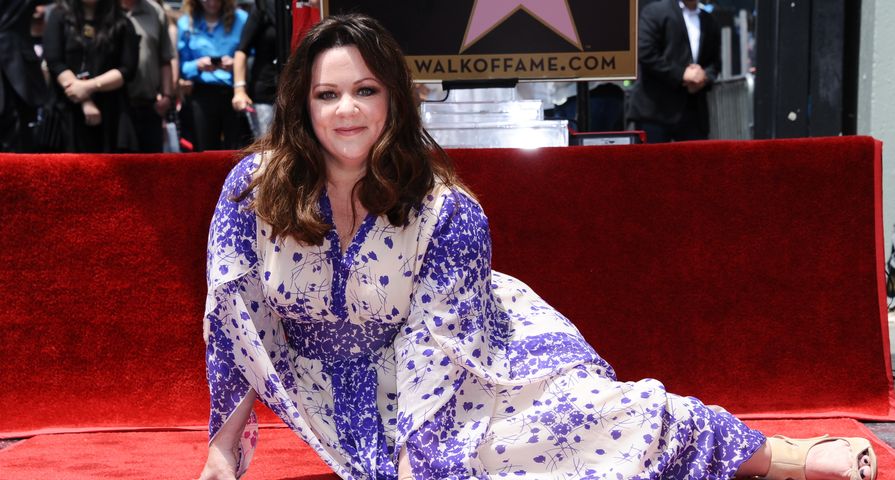 Melissa McCarthy has quickly become one of the most hilarious females on television and on the big screen and on Tuesday May 19, she was honored for her work with her very own star on the Hollywood Walk of Fame.

Joined by her husband, Ben Falcone, director Paul Feig and Ellen DeGeneres, she looked stunning in purple as she received the honor in front of the TCL Chinese Theatre.

While it was a momentous day showing how much her work is appreciated, McCarthy recently opened up to Entertainment Weekly and Ellen DeGeneres about facing a critic who had less than favorable things to say about her in the film Tammy.

As it turns out the man wrote about how awful she looked in the film and that she is only good when she looks good, but when the critic approached her at the Toronto Film Festival, she taught him a lesson about his criticisms towards “unattractive women.”

“If she comes home and someone says you can’t have a job because you’re unattractive, are you gonna say, ‘That’s right?'” she asked him. “And he took that in his heart and he was like, ‘No, I would never want that to happen. I would never in a million years want that to happen.’ And I said, ‘Just know that every time you write stuff, every young girl in this country reads that and they just get a little bit chipped away.'”

“I just think that we tear down women in this country for all these superficial reasons, and women are so great and strong, and I think he really heard that,” she added.

Also Check Out: 7 Female Celebrities Who Are Against Photoshop