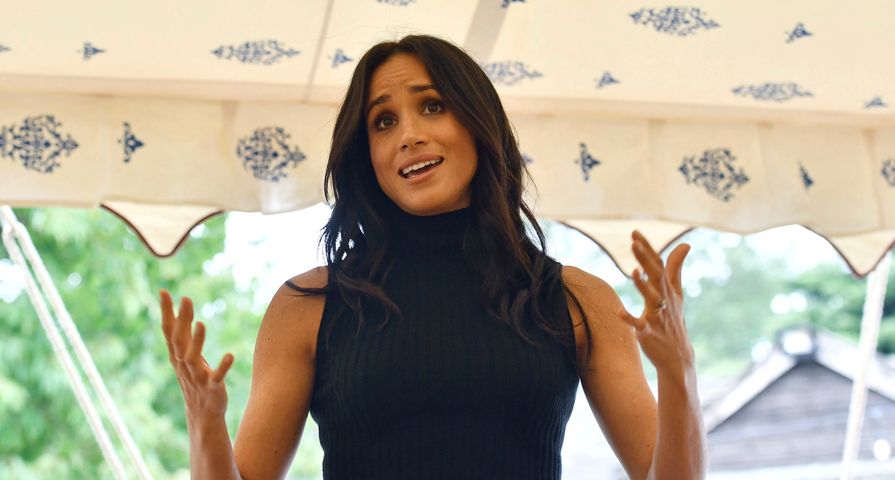 There was never any doubting that Meghan Markle was going to shine as the Duchess of Sussex, and her first solo project as a royal is truly incredible!

On Thursday, September 20, Duchess Meghan, gave her first royal public speech in celebration of the launch of Together: Our Community Cookbook and was happily supported by her husband, Prince Harry, and her mother Doria Ragland.

In her first major solo project as the Duchess of Sussex, the 37-year-old collaborated with victims of the Grenfell Tower fire tragedy to create the cookbook which honors the time that the survivors came together to cook for and help each other after the horrific fire. All proceeds of the cookbook go towards the Hubb Community Kitchen in an effort to have it open more days of the week and grow so that it can support more people.

“Thank you for coming for the launch of Together, to celebrate this and the women of the Hubb Community Kitchen. Working on this project for the past nine months has been a tremendous labor of love,” Duchess Meghan told the crowd gathered at the event. “I had just recently moved to London, and I felt so immediately embraced by the women in the kitchen — your warmth and your kindness.”

Meghan pointed out how the group’s varied backgrounds inspired her. “And also to be able to be in this city and to see, in this one small room, how multicultural it was. On a personal level, I feel so proud to live in a city that can have so much diversity,” she noted. “It’s twelve countries represented in this one group of women. It’s pretty outstanding.”

She concluded her passionate speech: “So to the women of the Hubb Community Kitchen, thank you so much for allowing me to be part of this adventure with you. I am so privileged to know you. I’m so excited to see the projects you’re going to continue to do in your own community, the community at large, and also how you’re going to inspire people globally by sharing your stories and your recipes. It’s so impactful. We can see just in a few days alone — and the book’s not even out yet — what you’ve been able to do. That’s a testament to what this means to people, and I’m so proud of you.”

As her first solo royal speech was met with applause, both Prince Harry and Doria Ragland beamed, before all three took to mingling and celebrating with those in attendance. 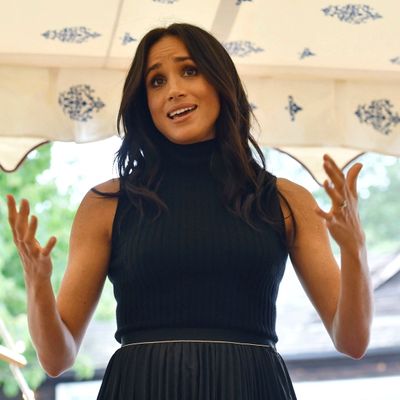