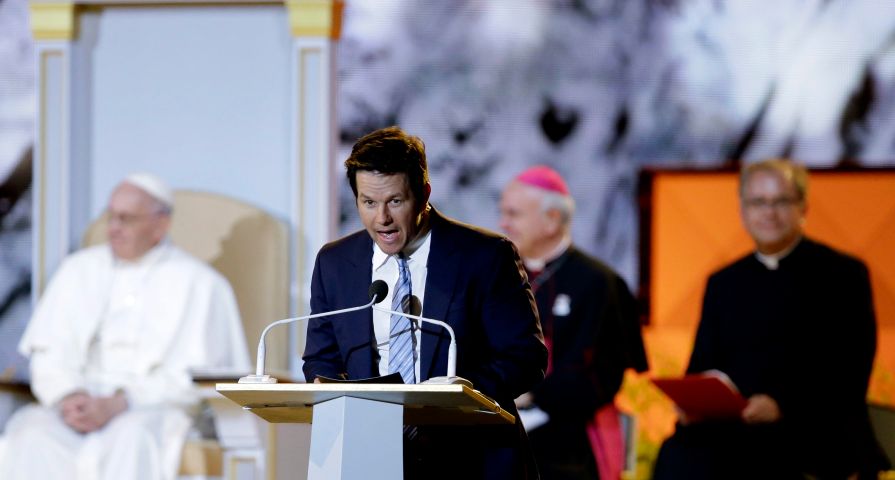 Actor Mark Wahlberg is used to entertaining the masses as one of the biggest stars in Hollywood, but he found himself in front of a tougher crowd on Saturday, Sept. 26.

Wahlberg was just one of many attendees at the World Meeting of Families in Philadelphia where the Pope was also in attendance and the actor decided to try out a little comedy in front of the religious leader.

After a 14-year-old singer performed “Good Vibrations” before turning the mic over to Wahlberg, the two hugged and Wahlberg stated, “That right there was truly the voice of an angel. But then he whispered in my ear that he loved the movie Ted, and I told him that was not appropriate for a boy of his age.” He then asked for forgiveness for his raunchy comedies from the Pope. “Holy Father, please forgive me. I’ve always hoped that the good Lord has a sense of humor when it comes and pertains to many of the movies that I’ve made.”

Although the crowd appreciated his humor and gave Wahlberg some laughs, it is hard to tell what the Pope thought of his comments as he sat there absolutely expressionless; however, he probably just hasn’t seen the movie.