Maksim Chmerkovskiy Reveals Return Date To Dancing With The Stars 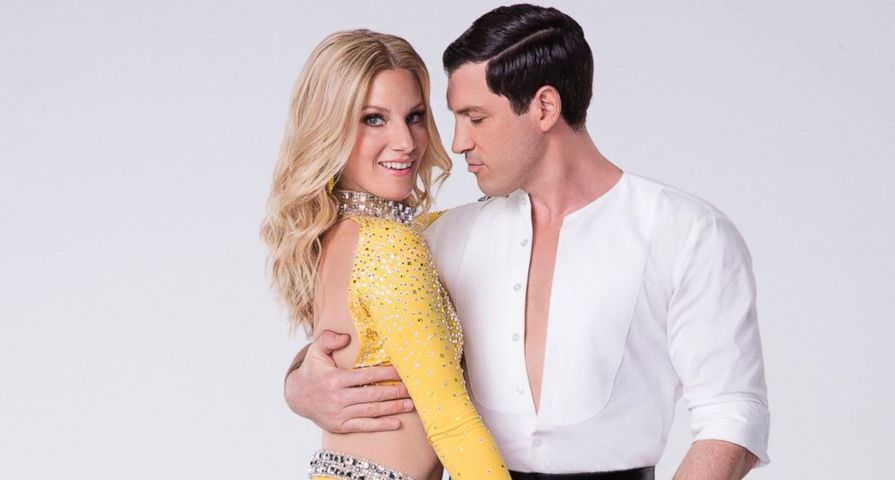 Maks is back! Fans, along with Maksim Chmerkovskiy’s celebrity partner Heather Morris, were devastated when a calf injury took the beloved Dancing With the Stars pro out of the competition for an unspecified time, but he is returning sooner than expected.

On the Monday, April 17 episode of Dancing With the Stars, the 37-year-old announced he was officially back! “Alan’s officially fired!” he said of Alan Bersten who had taken over as Morris’ partner following Chmerkovskiy’s week one injury. “I’m taking over as of tonight,” Maks added.

Despite his absence from the dancefloor, Maks has remained very much a part of Morris and Bersten’s routines. “Maks really took charge in the studio,” Bersten said.

“Not this week. My goal is next week. This week I just don’t want to do something stupid and regret it. I want to do the right thing. If this is the result of one week then I’m sure I’ll be more than ready,” he told People.

Luckily, Maks’ injury and change in pro partners did not affect Morris’ ability in the competition as the professionally trained dancer and former Glee actress has remained near the top of the leaderboard each week.