Maksim Chmerkovskiy And Peta Get Kicked Out Of Lamaze Class 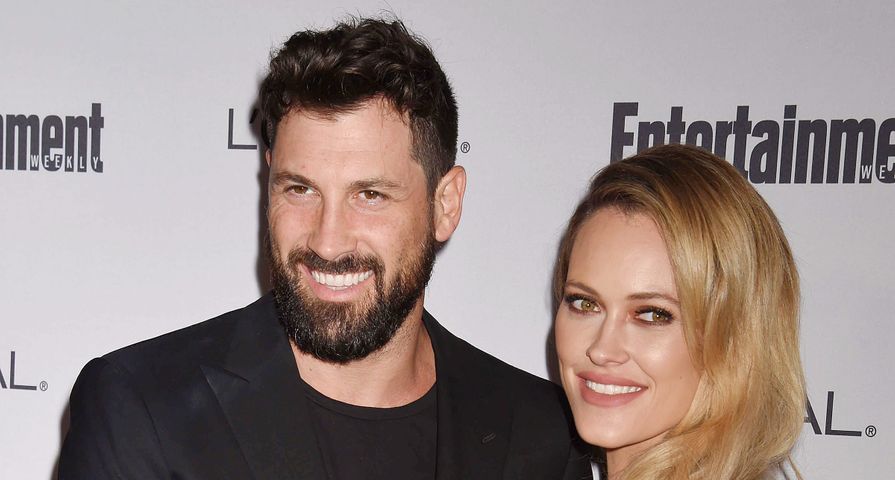 Off to a rough start!

Soon to be first time parents, Maksim Chmerkovskiy and fiancee Peta Murgatroyd won’t be getting any more birth tips from their Lamaze class after the pair admitted they were kicked out of it. In an Instagram video posted on Saturday, December 3, Chmerkovskit asks his pregnant fiancee, “Baby, what just happened? What did we do?” and Peta responded, “Our first Lamaze class.”

Maks then goes on to explain, “We got kicked out because Peta was misbehaving and not listening to anything.” He continues, “That’s what happens. This baby’s gonna be a disaster.” The 36-year-old also offered a few more details in his caption for the video which reads, “Lamaz class went…interesting. @petamurgatroyd was the worst student in the class, but I don’t blame her cause it was a million hours long and we’ve been shown waaaaaaay too much stuff! My hair is indicative of the ‘stuff’ we’ve witnessed. #traumatized #NothingToHashtag.”

The two Dancing With the Stars pros announced that they were expecting their first child together in May after becoming engaged in December 2015, and later revealed that they are expecting a baby boy!

Lamaz class went……interesting. @petamurgatroyd was the worst student in class, but I don’t blame her cause it was a million hours long and we’ve been shown waaaaaaaay too much stuff! My hair is indicative of the ‘stuff’ we’ve witnessed. #traumatized #NothingToHashtag