Makism Chmerkovskiy Out For Week Two Of Dancing With The Stars 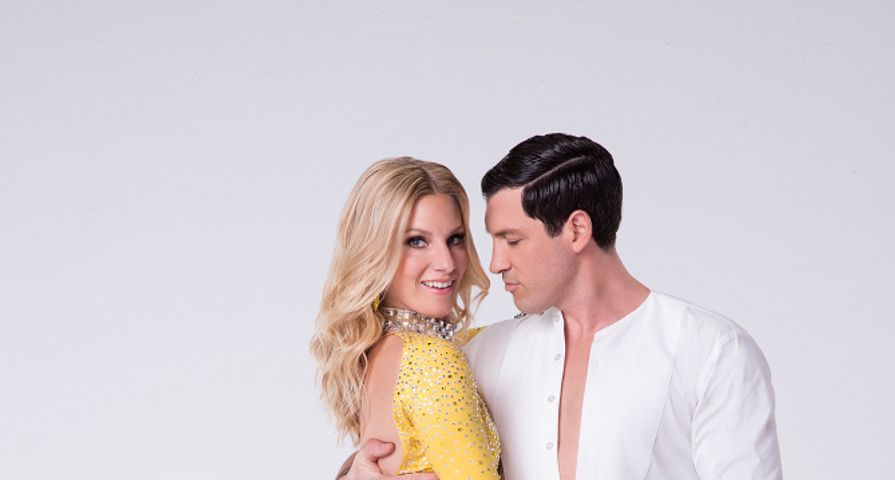 Dancing With The Stars 2019: All Celebrity-Pro Pairings For Season 28 (With Pics)
Source: ABC/Craig Sjodin

After a strong performance in the opening week of season 24, it seems Dancing With the Stars pro Maksim Chmerkovskiy and his partner Heather Morris are already facing a difficult obstacle.

On Monday, March 27, the hosts of Good Morning America revealed that Maks will not be able to dance on week two of the season, and perhaps could be out longer because of a calf injury. “It’s my calf muscle. F–k. It just feels like something hit it,” he said in footage from their rehearsal for the week before becoming completely sidelined by the injury.

Maks will be replaced by another pro to dance with Morris, but it has not been announced who she will be dancing with.

While the news is awful for Maks and Morris, odds are some will not be too upset by the development because of the buzz about Morris’ “unfair advantage.” After the casting announcement for the season, fans and other contestants began to argue about weather the former Glee actress had an advantage in the competition because of her background as a professional dancer who has toured with Beyonce and appeared on So You Think You Can Dance.

With all the rumors, Maks said “I hope” it gives them an advantage. “I’m excited. No, why not? Listen, I’ll take it […] I’ll take whatever I can get. It’s a hard show. It’s a difficult production. It’s going to be non-stop, full-on.” “To say that we just have this massive advantage, I think so, but I don’t think we’re the only ones that could pull off beautiful, beautiful numbers,” Chmerkovskiy added. “I’m ready for us to be scrutinized a little different and judged a little different and rightfully so, we’ll do our best.”

Here’s hoping for a speedy recovery!