Luke Bryan Reveals His New Rule For Fans While On ‘Ellen’ 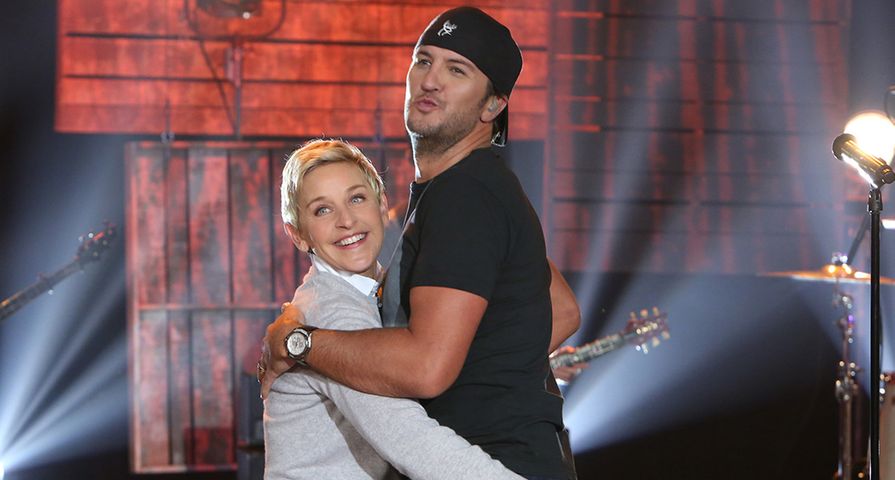 It seems country superstar Luke Bryan has a very specific problem with fans that he needs to address!

The extremely handsome singer appeared on the Wednesday, September 28 episode of The Ellen DeGeneres Show where he stated that he has a rule that now has to be enforced with his especially handsy fans during meets and greets.

“You have meet-and-greets at every show, so there are rules you had to enforce,” Ellen said to the singer, getting him to dish on the issue. “Yes,” he said with a grin, as Ellen continued, “No one can touch your butt.” “Yes, well, we had to start that one,” Bryan admitted. A shocked Ellen then asked, “So, was it really that much of a problem that everyone was grabbing your butt? Like, they’d go to take a picture and just grab!?” He replied, “Well, they’ll sneak one in on ya. It still happens…we’ve learned to understand it.”

It was clear Ellen was both shocked and fascinated by the problem as she asked, “Do you, have you talked to other guys? Does this happen to everyone, or is it just your butt?” The “Drunk on You” singer hilariously replied, “Well, me and other country stars don’t necessarily sit around and talk about how many butt grabs you had last week.” He then promised to run it by fellow country star and his best friend Blake Shelton, before telling Ellen, “Hey, it’s country music, we, uh, like to make the fans happy.”

Check out the clip below for the hilarious interaction and to see Luke Bryan dish on turning 40 and what life is like on the road with his kids: