The Lifetime network has announced they will be creating a new film about Meghan Markle and Prince Harry!

The network announced that it’s developing a third film in their Harry & Meghan movie franchise which will be about “the couple’s controversial conscious uncoupling from the crown after the birth of their son Archie.”

The film is currently under the working title Harry & Meghan: Escaping the Palace and will dive into their lives as new parents and how they cope with the pressure of being such public figures. It will also cover their ultimate decision to “forge a new life on their own terms.”

More specific details about the film are still in the works, but it will likely cover events during the first year of Archie’s life as the couple publicly announced plans to become financially independent, step away from their roles as senior royals and move to North America.

The third film in the Meghan & Harry franchise comes after 2018’s Harry and Meghan: A Royal Romance and its 2019 sequel, Harry and Meghan: Becoming Royal. The first film explored the beginning of the couple’s relationship as they met, fell in love and got married, while the second dove deep into the highs and lows of their first year of marriage. 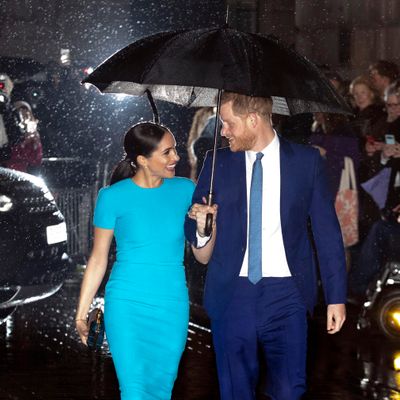