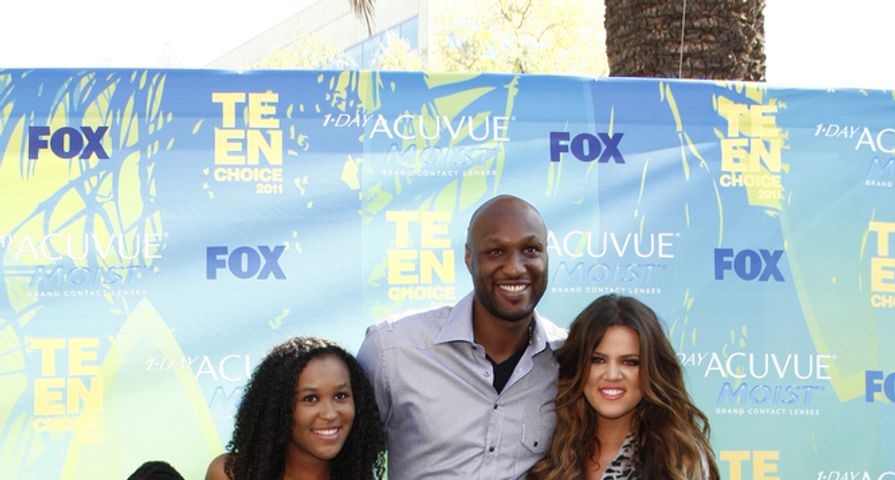 As Lamar Odom reportedly remains in critical condition at Sunrise Hospital in Las Vegas since arriving there on Tuesday, Oct. 13, his two children Destiny, 17, and Lamar Jr., 13, have released a statement. “Thanks for your outpouring of prayers and support for our dad. We are here with our family and friends. We appreciate everyone respecting our privacy at this time. We ask for your continued prayers.”

Odom shares his two children with Liza Morales whom he was with for 10 years before they ended their relationship in 2008. His estranged wife, Khloe Kardashian, flew the trio out to the hospital after Odom was rushed there after being found unconcious at the Love Ranch brothel where he had been spending the weekend.

Although there have been no confirmed statements about his conditions, all reports indicate his condition is not improving and he is not breathing on his own while it is also suspected he has suffered some degree of brain damage. According to TMZ, four of Odom’s vital organs are still failing and “his brain function is significantly reduced.”

Meanwhile, Khloe Kardashian is in charge of all medical decisions regarding her ex because it has been revealed the two are still legally married. “It’s very hard on her even though he’s her ex. There’s still a lot of emotion there and she wouldn’t want to ever see him like this. And to have to make decisions on top of it now is also very hard. It’s a lot on her shoulders and a lot weighing on her,” sources have stated.