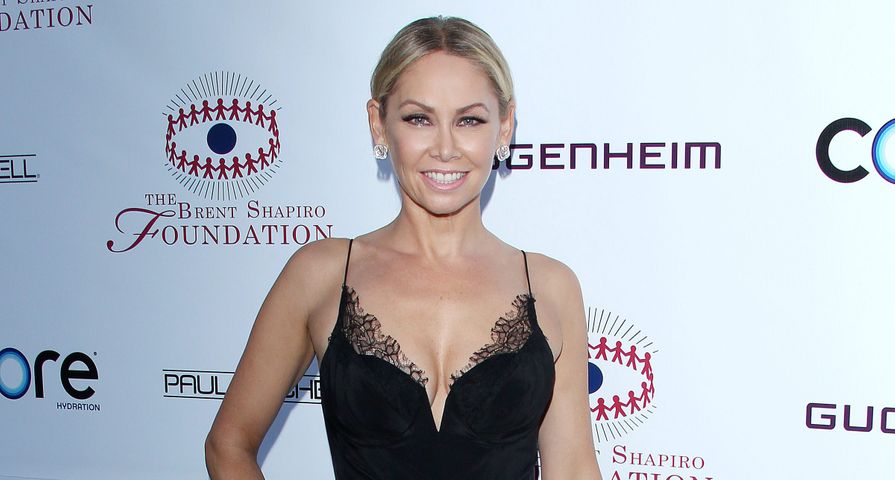 Beloved Dancing With the Stars pro Kym Herjavec (nee Johnson) and her husband Robert Herjavec announced they are expecting twice the joy in 2018 earlier this week, and now the dancer has shared her first baby bump photo.

While she is farther along in her pregnancy now, she took to her Instagram to show a photo of her bump at 18 weeks and added the caption, “#tbt first baby bump pic at 18 weeks with Twins! I’ve popped quite a bit more now #throwbackthursday #preggers #twins #nomorewaistline.”

Naturally, the stunning dancing professional still looked absolutely stunning as she showed off the little bump while wearing just her underwear. The 41-year-old confirmed the pregnancy when she took to her Instagram to share a photo of her sonogram with the caption, “It’s a thumbs up,” as one of her unborn children seemed to be flashing a thumbs up. At the time, she didn’t mention anything about twins, but a few days later the couple confirmed they were expecting two babies. “We waited so long to that we decided to double up! We are very grateful for the blessing of twins,” the couple told PEOPLE.

The adorable couple met back in 2015 when they were paired up for season 20 of Dancing With the Stars, and while they only placed sixth, their romance heated up after they were sent home. They were married July 21, 2016.