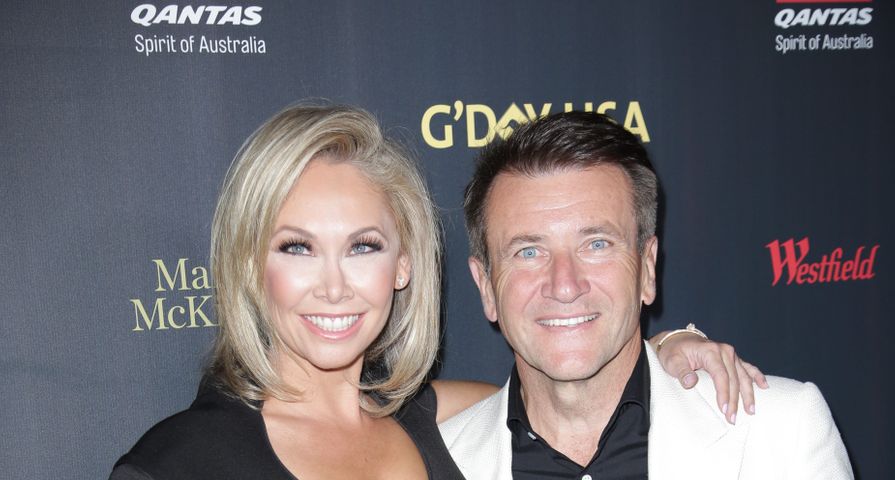 Over 25 seasons Dancing With the Stars has seen a lot of the dancefloor chemistry make its way into the real lives of both the pros and stars who appear on the show, and earlier this week one of DWTS‘ favorite real-life couples had big news to share — and now the have more!

On Monday, December 11, former DWTS pro Kym Herjavec confirmed her pregnancy with an adorable Instagram post which featured a sonogram of her baby flashing a thumbs-up. As it turns out though, Kym and her husband Robert Herjavec are in need of double the thumbs up as they have now revealed they are expecting twins!

“We waited so long to that we decided to double up! We are very grateful for the blessing of twins,” the couple told PEOPLE.

While this is the first time for motherhood for Kym, 41, Robert, 55, already has three children from a previous marriage.

The romance between the gorgeous dancer and the charming businessman began in season 20 of the hit series when they were paired up to compete. Although they only made it to week eight and finished in sixth place, it certainly didn’t put a damper on their budding relationship and they were wed a year later in the summer of 2016.

The couple have always gushed about each other and after celebrating their first wedding anniversary this past summer, Kym stated, “It feels like we’ve known each other forever. It’s been almost three years since we met. He’s just amazing. We’re best friends, and it’s just so easy.”