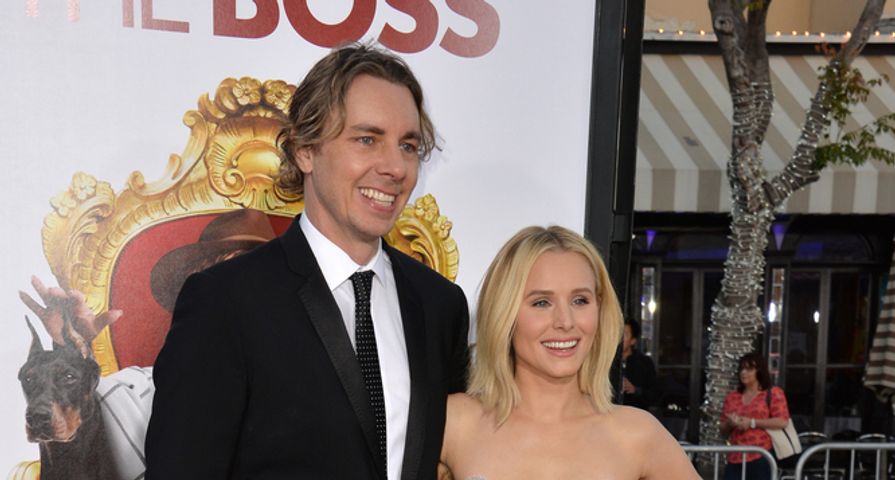 When it comes to being loved and supported, Dax Shepard is one lucky man. On Sunday’s episode of CBS’ Sunday Morning, Shepard’s wife, Kristen Bell, opened up about how proud she is of her husband for beating his addictions.

Bell, 36, wed the 41-year-old Shepard in 2013 after dating for six years. The actress revealed that her husband has had a difficult journey, but that he works hard every day to stay sober.

“He’s a wonderful father,” Bell said on the show. “He knows the value of things. He was an addict for many, many years and he pulled himself out of it, and he’s been sober for 11, 12 years now. … And he knows how many times he’s messed up and how many times he’s been really close to losing everything.”

Since becoming sober, Shepard and Bell have started a family together, and have two daughters – Lincoln, 3, and Delta, 18 months. Maintaining a strong family life is important to both of them, and is one reason why they make such a good team. “I always think, if I’m on my deathbed, what am I gonna be thinking about?” the actress stated. “And it won’t be some random movie I participated in, or some TV show. It will be my family.”

Shepard, who is known for his role as Crosby Braverman on Parenthood, has been open about his past struggles with drug use. In 2012, he admitted in an interview with Playboy that things could have turned out much worse. “I just loved to get f–ked up — drinking, cocaine, opiates, marijuana, diet pills, pain pills, everything,” he admitted. “Mostly my love was Jack Daniel’s and cocaine. … Kristen’s a good girl. All the things I’d done were terrifying to her, and she had a hard time believing I would ever be able to stay married and monogamous and a father and all those things. For the first year and a half we were together, that was what we battled over almost weekly.”