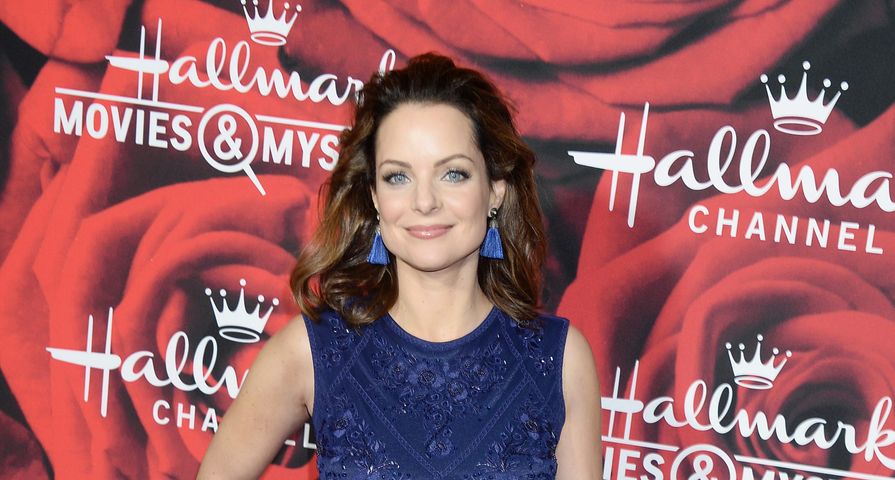 Back in 1991, a young and then unknown actress, Kimberly Williams, was cast for the lead role in Father of the Bride with a powerhouse cast that included Steve Martin, Diane Keaton and Martin Short.

Twenty-five years later, she is now a beloved actress now known as Kimberly Williams-Paisley, and the actress recently opened up about the critical part of her career in a personal essay she wrote for ABC News. She not only revealed how Father of the Bride changed her life but also what surprising scene was the most difficult for her to film.

“Almost every day, people tell me that Father of the Bride is part of their history. Fathers see the film with their daughters, and weep over memories of long ago backyard basketball scrimmages. Brides watch it as a rite of passage before their wedding day. Couples often romanticize it as ‘their movie,'” the actress wrote.

Although she now looks back on the movie with with love, she admitted it brought about a critical moment in her young career when she thought maybe she wasn’t going to cut it as an actress. “What plagued me most was that stinkin’ blender scene,” she said of the point in the film when her father played by Steve Martin walks in to her room to find her character, Annie, crying over the sight of a blender that her husband had given her as a gift before the wedding, leading her to believe he wanted her to be nothing more than a traditional housewife. Unfortunately, the actress had extreme difficult getting the tears to come for the scene and the crew was beginning to get agitated after many takes.

“Each time, I invited him in and began telling him what was wrong. But I just couldn’t conjure up the tears. Patiently, Steve went back to his starting position, for maybe the 50th time. ‘I’m not cut out for this,’ I thought. ‘I don’t belong here. I am failing. I am a terrible actress.’ The thought was such a punch in the gut that suddenly I sobbed.'” With the thought that maybe she would fail as an actress, the crew finally got the tears they needed in the last take and it was used in the film.

After finally wrapping the scene, Williams-Paisley said Steve Martin gave her a critical piece of advice: “Welcome to Hollywood. You’re going to need a good therapist.”

Near the end of her essay, she praised the film for pushing her and starting her career on a path she never could have imagined. “Though filming “Father of the Bride” was one of the hardest experiences I’ve had, it was also one of the most rewarding. The movie grew into a classic and started a career that has led to many more adventures.”