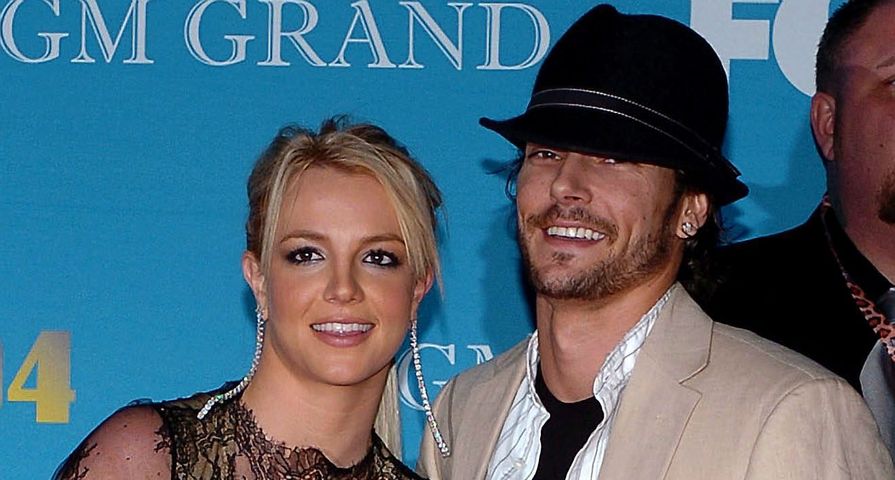 These days, Britney Spears is rocking the Las Vegas show scene, is completely in love with boyfriend Charlie Ebersol and most importantly, she’s stable. It’s almost difficult to remember the Brit of the early 2000’s who dominated headlines for all kinds of wacky behavior.

Spears made the most headlines though with her marriage to aspiring rapper and backup dancer Kevin Federline in 2004, their reality TV show, a nasty divorce and custody battle and of course her mental breakdown.

Eight years after the split it seems everyone has come out of the other side happier and healthier, including Federline who recently recalled the “whirlwind” experience during an interview on Access Hollywood and discussed the pair co-parenting their two sons.

“That time, it’s like a whirlwind. You’re thrown into this limelight and everything kind of happened. It was a good time in my life. We have two beautiful children. The way that everything has turned out, everybody is happy. Co-parenting is going great and I can’t complain,” he told the hosts.

The pair may have definitely had their issues but they put everything aside to do what is best for Sean, 9, and Jayden, 8, ” The schedule’s kind of been worked out over time. We talk when we need to. It’s always about the boys, it’s always mostly school stuff and making sure we stay on top of that. It’s going great. I’m in a happy place right now. I had to work this weekend and go to Orange County… so they went to Vegas. And when she has to do something and I need to keep the kids, it just works out well.”

Spears isn’t the only one who has moved on in love, as Federline is happily married to wife Victoria Prince with whom he has two daughters, Jordan and Peyton. He is also dad to two kids Kori and Kaleb from his previous relationship with ex-girlfriend Shar Jackson.