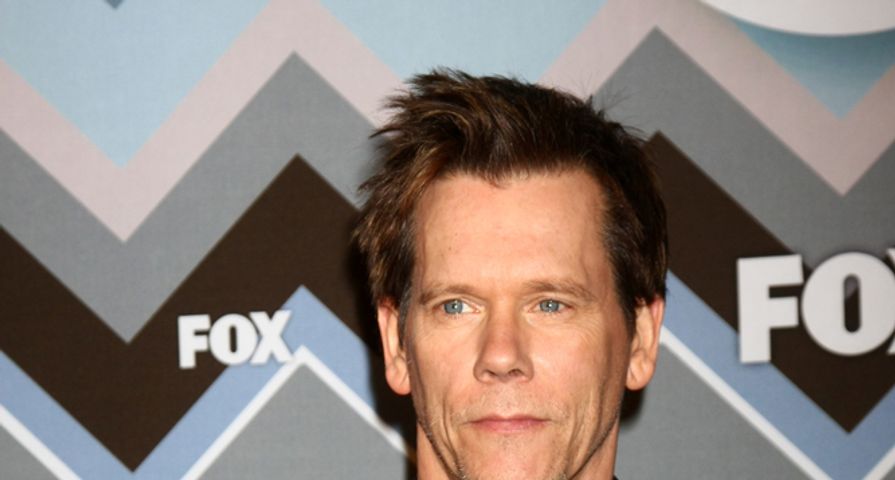 If you don’t follow Kevin Bacon on social media, he’s a good one to add to the mix.

The Footloose star is delightfully witty, and if you’ve never treated yourself to a game of “6 Degrees to Kevin Bacon,” what are you waiting for? It’s further proof of how cool the guy is, and how he has possibly worked more than any actor in the history of acting.

Kevin recently took to Instagram to show off a new look he’s sporting. And yes, to repeat the many puns associated with this pic, he looks like he’s only been eating bacon to achieve such a look. Round-faced and unrecognizable, Kevin posted the pic with the caption, “Greetings from the UK!” In addition to going “dough boy” chubby in the face, Kevin also lost about 30 years. He looks like a 26 year old young man, who is in need of a personal trainer.

The big question: What’s all of this for? You can see from the background of the photo that Kevin is on location, or walking from the makeup trailer to another trailer on set. Bottom line, he’s shooting something. Sorry to those Internet sleuths who suggested he used an app to create the look–it’s obvious he’s in makeup. But for what? A commercial? A show? A film? Not easy to find on IMDB, so it’s likely a commercial that will air in the UK.

Now, let’s take a moment to honor how incredible makeup artists are in 2015. The use of prosthetic body additions to provide for such realistic morphing of an individual…? Amazing.

Greetings from the UK!