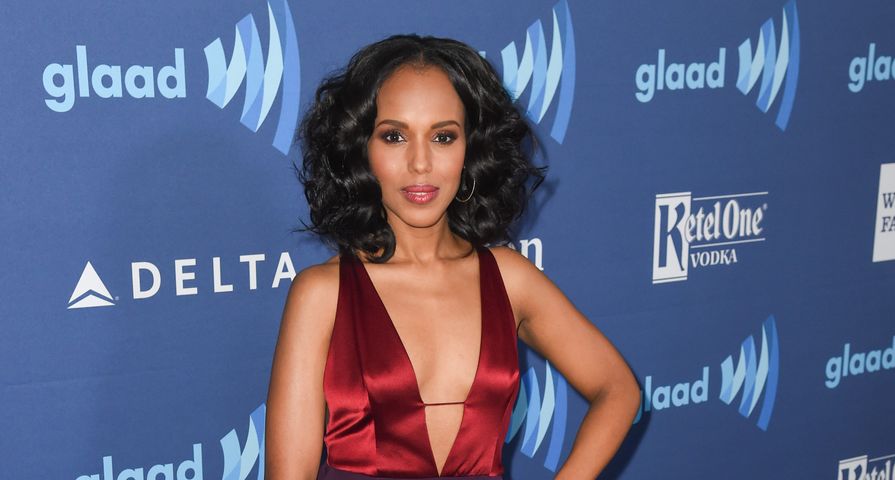 Kerry Washington, 38, is used to captivating audiences starring in the hit series Scandal, but it was her real presence and moving speech that brought a huge crowd to its feet at the 2015 GLAAD (Gay & Lesbian Alliance Against Defamation) Media Awards on Saturday March 21.

The GLAAD awards honor those involved in the media that include “fair, accurate and inclusive representations of the LGBT community and the issues that affect their lives. Washington was presented with the Vanguard Award as an honor for being an ally to the LGBT community which she was given by iconic LGBT rights activist and voice, Ellen DeGeneres.

The actress went on to give a very moving speech to the crowd saying in part, “Women, poor people, people of color, people with disabilities, immigrants, gay men, lesbians, bisexuals, trans people, inter-sex people, we have been pitted against each other and made to feel like there are limited seats at the table for those of us that fall into the category of ‘other.’ As a result we have become afraid of one another.”

She went on to discuss times when interracial marriages were not legal and called upon people of color to reject “messages of hate.”

“We can’t say that we believe in each other’s fundamental humanity and then turn a blind eye to the reality of each others’ existence and the truth of each other’s hearts. We must be allies. And we must be allies in this business because to be represented is to be humanized. And as long as anyone, anywhere is being made to feel less human, our very definition of humanity is at stake and we are all vulnerable.”