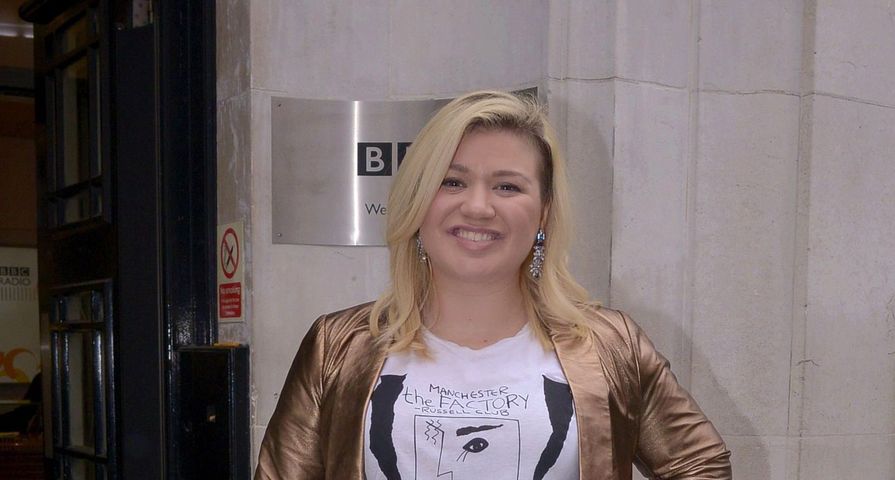 Does Kelly Clarkson think Miley Cyrus is a “pitchy stripper”?

The 32 year-old singer was in the hot seat last night on Bravo’s “Watch What Happens Live,” where host Andy Cohen asked her about some comments she had made about a “pitchy stripper” at the 2013 VMAS.

Many people assumed she was talking about Miley, but Kelly wouldn’t confirm that, as she never named names in her tweet from that night, writing, “Just saw a couple performances from the VMAs last night. 2 words…#pitchystrippers.”

That said, the 2013 VMAs are now infamous for Miley’s twerking performance alongside Robin Thicke — so who else would Kelly have been talking about? What’s the point of making public comments to your 10 million Twitter followers if you’re going to be cryptic?

Kelly was less cryptic however when Andy asked her about her romantic history, admitting that she once dated her From Justin To Kelly and American Idol co-star Justin Guarini.

“We didn’t date during Idol,” Kelly explained. “We did date. I feel like we weren’t dating through the movie [From Justin to Kelly]. We did date a little bit. I think any two people who were thrown together that much, I mean guy, girl, you put ‘Timeless,’ that song from From Justin to Kelly, you can’t fight it!”