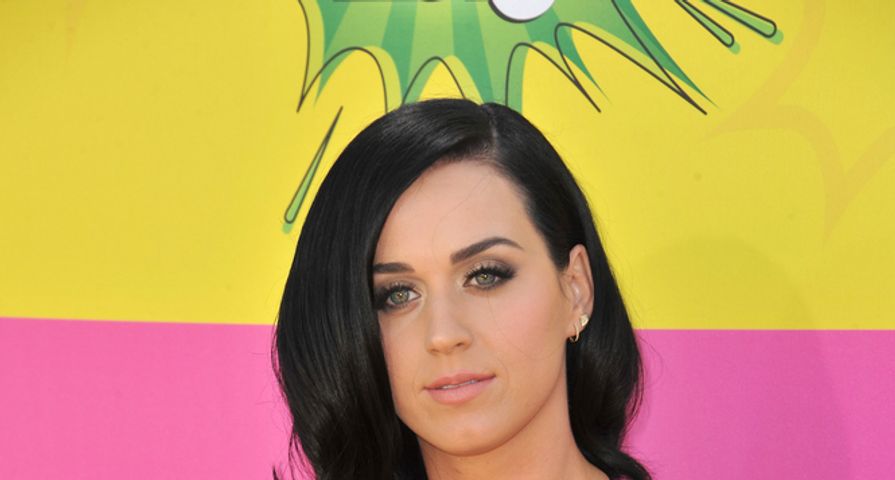 The 30 year-old pop star and Superbowl halftime queen opened up in a new interview with Elle, appearing on the cover of the magazine’s March issue.

She says that pop stardom is a difficult challenge. “It is a hundred times harder a dream than the dream that I dreamt when I was nine…You think you signed up for one thing, but you automatically sign up for a hundred others. And that is why you see people shaving their f—ing heads,” she said, referring to Britney Spears’ meltdown back in 2007.

Katy seems sympathetic toward Britney, but her feud with Taylor Swift remains intact. She says that the public is fed a narrative in which Taylor is the “sweetheart,” but it’s clear that Katy doesn’t agree — check out the video to hear her full comments!

Some also speculate that Katy’s Superbowl dancers, who wore high-waisted polka dot bathing suits, were a subtle dig at Taylor and the kinds of things she’s known to wear.

Katy does love two other stars, though: Beyonce and Adele. “Oh my God. I’m such a big Beyoncé fan,” she dished. Katy also said that Adele “is so real and couldn’t care less about the trappings of fame.”