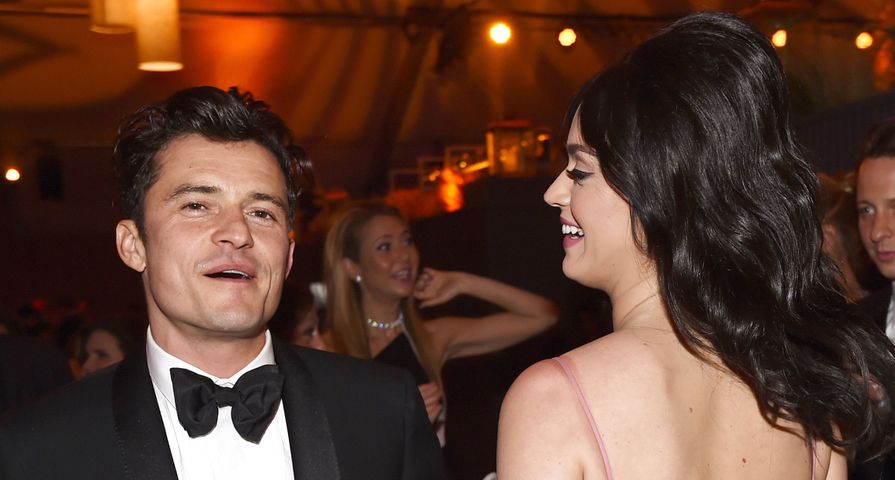 Rumors started flying pretty quick after mega star Katy Perry, 31, and actor Orlando Bloom, 39, were seen getting quite close at a Golden Globes afterparty in January, and were recently seen grabbing dinner together in Hollywood.

Now the pair are fueling romance rumors even further after Perry accompanied Bloom and his son, Flynn, to a birthday party for Robert Downey Jr.’s son on Saturday, Feb. 6. TMZ captured photos of Perry sitting in the backseat of Bloom’s car with 5-year-old Flynn whom Bloom shares with ex Miranda Kerr, while Bloom chaeuffered his son and new love to and from the party. “They were laughing, playing music and joking around with Flynn.

They stayed at the party for hours. Katy looked very comfortable at the kids party. She seemed very happy to spend the day with Orlando,” an insider told People magazine about the family day. The insider also noted that the pair are not flashing any romance about and were not cozying up, instead Perry just hung back while Orlando held Flynn’s hand and walked around the party with him. “Orlando was really focused on Flynn and walking around the party holding his hand. Katy stayed behind them most of the time and let them do their thing.”