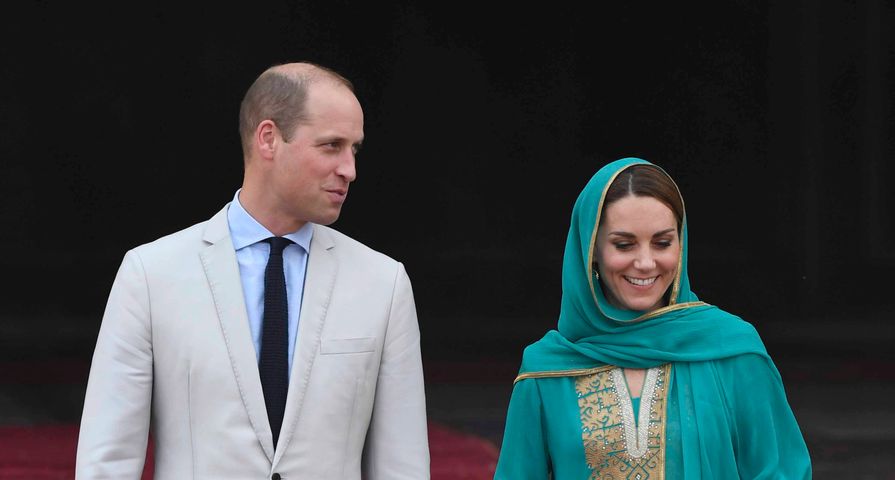 Kate Middleton and Prince William are following in the late Princess Diana’s footsteps while touring Pakistan!

On the fourth day of the royal tour, the Duke and Duchess of Cambridge made an important stop at the Badshahi mosque in Lahore, which is the same mosque that Diana visited during her 1991 visit to Pakistan. At the time, Princess Diana walked barefoot into the mosque wearing a green coat dress by Catherine Walker and a headscarf.

During Kate and Will’s visit, they toured the mosque and courtyard then later joined a discussion with faith leaders to learn how they are working to promote interfaith harmony within Pakistan communities. The couple also removed their shoes as a sign of respect, similar to the way Princess Diana did. Kate wore a traditional Pakistan ensemble which consisted of a turquoise chiffon shalwar kameez with gold embroidery, which she layered with a matching headscarf by designer Maheen Khan.

Check out photos from the poignant visit below: 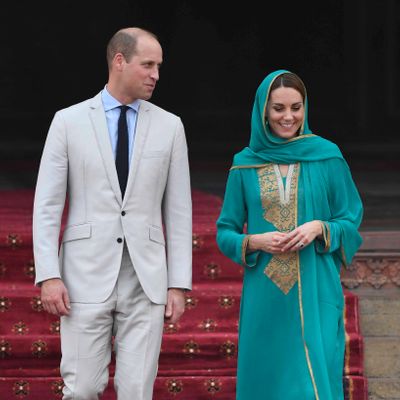