Kate Middleton and Prince William recently took over every British radio station to share an important message about mental health!

The Duke and Duchess were joined by other well-known Brits including singer-songwriter Dua Lipa and actor David Tennant, to highlight mental health and its importance during this time. The one-minute broadcast marks the start of Mental Health Awareness Week in the U.K.

“We’re all connected. And sometimes just talking about how you’re feeling can make a big difference. So right now, let’s join together across the UK and reach out to someone,” William says in the recording.

Kate follows with, “If you’re struggling, it’s important to talk about it. Or if someone you know is acting differently, it’s okay to ask how they are. Use this moment to send a message.”

Kate and William, in addition to the other participants in the campaign, then end their message with, “Because we’re all connected and you’re not alone.”

Nearly every radio station in the U.K. broadcast the message which means an estimated 20 million people heard the broadcast. The message as a whole focussed on mental health and ways to support each other and was produced under the royal couple’s successful Heads Together campaign in partnership with Radiocentre.

Check out a clip of the radio message below: 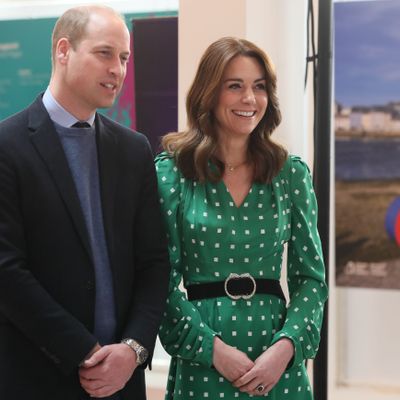