The Cambridge family took a moment to show their appreciation for frontline workers!

Kate Middleton and Prince William joined their three children, George, Charlotte, and Louis, to participate in the  “Clap for Carers” campaign happening in the U.K.

“This evening The Duke and Duchess of Cambridge, Prince George, Princess Charlotte and Prince Louis joined the UK in the weekly #ClapForOurCarers to show their appreciation for the incredible key workers working tirelessly to keep the country running,” the caption of the Kensington Palace photo read.

The video shows Prince George and Princess Charlotte leading the pack stepping out from their Anmer Hall home followed by Kate holding Louis and Prince William. Princess Charlotte starts off the clapping and the rest of the family joins in to show their support. The family coordinated in shades of blue with Kate and Charlotte wearing floral dresses and the boys wearing knit sweaters and collared shirts. Playing in the background of the clip is Coldplay’s 2011 hit “Paradise.”

The video clip was aired on BBC during it’s The Big Night In fundraising telethon which worked to raise money for key workers and those affected by ongoing global health concerns.

Check out the adorable video clip below:

VIDEO: The Cambridge Family join in with the #ClapForCarers pic.twitter.com/a3eRyvClmx 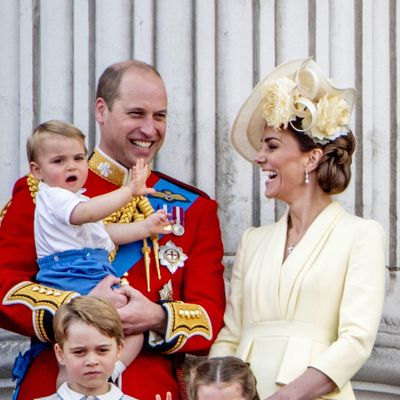