Justin Timberlake And Chris Stapleton Steal The Show At The CMAs 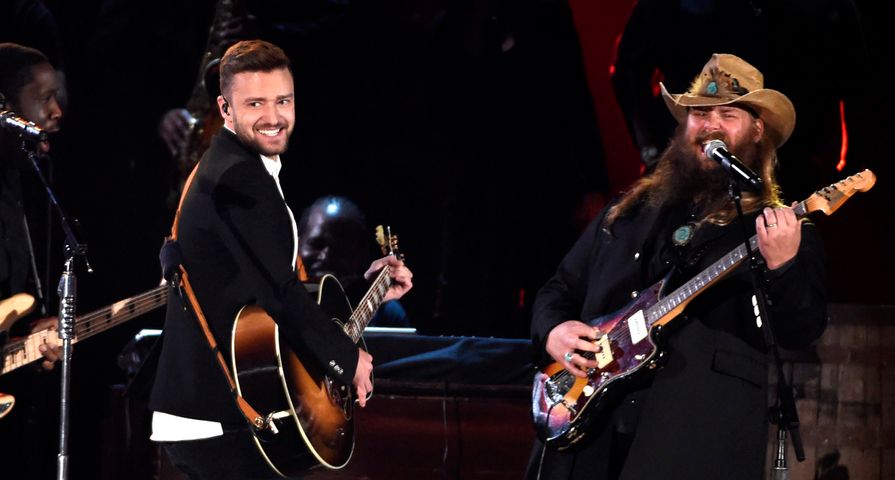 Justin Timberlake has gone from boy-bander to super successful solo artist to an actor, but no one expected him to make such an impression in the country music world.

The 34-year-old star, along with his wife Jessica Biel, attended the 2015 CMA awards in Nashville, Tennessee on Wednesday, Nov. 4 and he even took the stage with the night’s big winner Chris Stapleton and the two blew everyone away.

Timberlake and Stapleton took the stage at the Bridgestone center to perform two of their singles, each dedicated to drinking of course, starting with a rendition of Stapleton’s “Tennessee Whiskey” and then transitioned into Timberlake’s “Drink You Away.”

While many didn’t know what to expect of Timberlake performing, they were more than pleasantly surprised as social media instantly blew up with users raving about the incredible, soulful and very surprising duet.

As well as the stellar performance, Stapleton had a huge night, nabbing not one but three of the night’s biggest awards even though his music has received little radio time and he had some stiff compeition. Stapleton won for Album of the Year, Male Vocalist of the Year and New Artist of the Year, and the 37-year-old was very humble when accepting for New Artist of the Year, stating, “I don’t know what to say. I’ve worked hard a lot of years to do this. I want to thank my wife, the best parts of me came from her.”