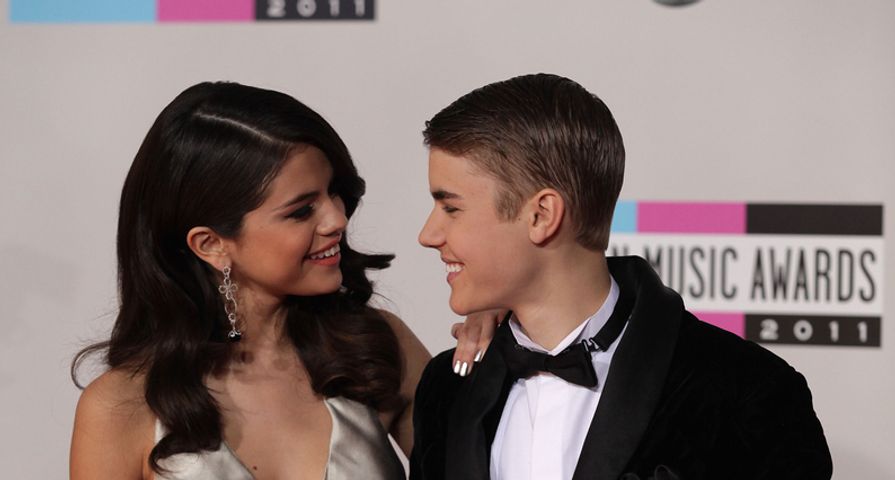 We can never remember if Justin Bieber and Selena Gomez are on-again or off-again, but from the looks of their most recent date night, the pair is dating again.

Justin, 20, and Selena, 21, were spotted having a low-key date night in Los Angeles this week. After dining at the expensive steak restaurant Mastro’s in Beverly Hills, Justin took Selena to the Westfield Century City mall, where they saw the the new movie Think Like a Man Too. Check out the video for more on their mid-week date night!

Of course, you might not call having body guards escort you out of the movie theater “low key.”

Justin even supported the film and one of its stars, Kevin Hart, on Twitter, telling all of his followers to go out and see it.

Last week, Justin and Selena even went to bible study together — a big change from the antics and troublemaking that Justin’s been known for over the past few months. Maybe he’s trying to change his ways and grow up a little?

It seems that Selena is forgiving him for his mistakes, including a controversial pic of Justin with a partially-nude stripper that surfaced recently.

We can’t say for sure if they’re officially back together, but it looks as though she’s giving him another chance.