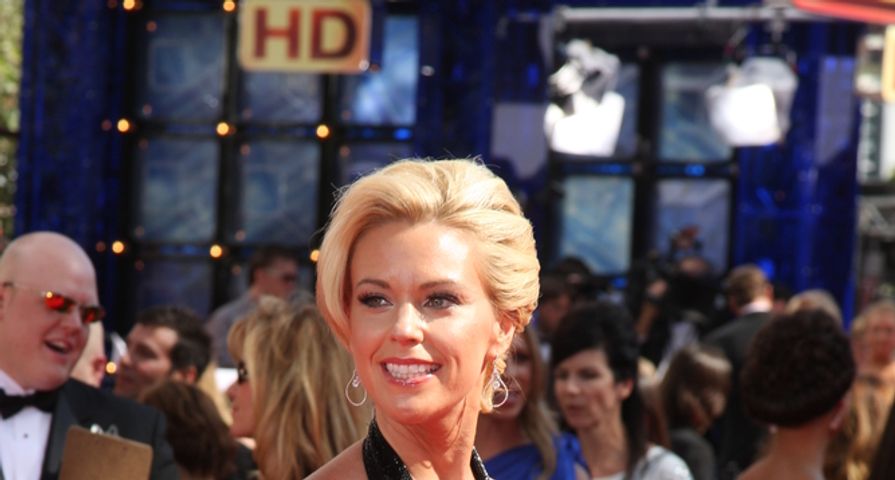 Jon and Kate Gosselin have not had the most amicable of splits after becoming known from their TLC reality show, Jon and Kate Plus Eight.

The two who are parents to eight children, one set of twins and one set of sextuplets, decided to separate, ending their ten year marriage in 2009 and although they said nice things at the time, that did not last long.

Reports of Jon cheating  soon surfaced and were only perpetuated as he embraced the single life by partying all the time and was always surrounded by women.

He also said some nasty things about ex-wife Kate and the two argued about having their children grow up in front of cameras.

However, five years later the two were photographed together as Jon showed up to Kate’s garage and yard sale which will appear on a special of Kate Plus Eight in December.

While some of the profits went to the Animal Rescue League of Berks County, both Kate and Jon are in need of some extra money lately, probably why it was one of the few times they have been seen together.

A month ago Jon admitted to being evicted, not being able to keep a steady job and having an apartment not big enough for his kids to stay in while Kate was in financial distress after learning the show would be cancelled after their serparation.

Kate Plus Eight was continued minus Jon but was cancelled in 2011, luckily for Kate however, the show has been renewed for another season airing in December 2014.

Meanwhile Jon was probably hanging around to see if he could get some of his stuff back, although TLC has no plans to have him appear in the episode that includes the yard sale.