John Krasinski Opens Up About Marriage And Being A Father 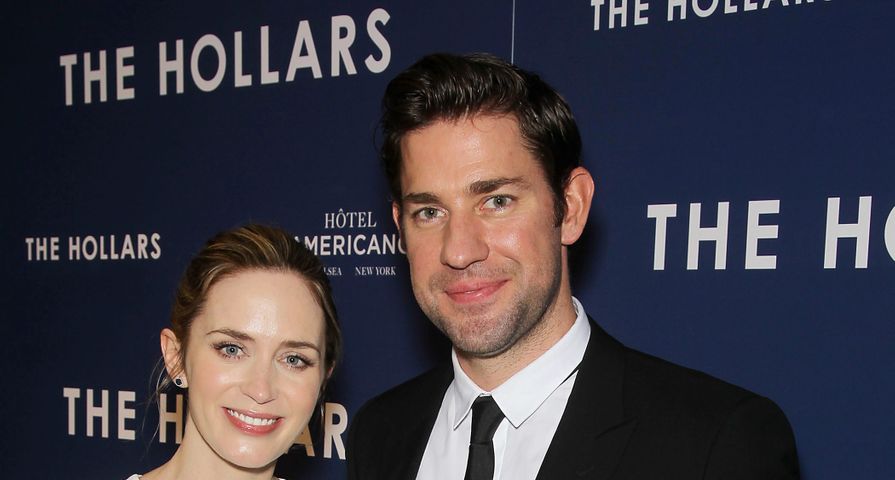 John Krasinski reveals sweet details about being a parent to his two children and a husband to wife, Emily Blunt.

The 36-year-old actor is experiencing an all-time high in his career right now with starring roles in big projects like The Hollars, 13 Hours: The Secret Soliders of Benghazi and the upcoming film, Animal Crackers. But it’s the relationship he has with his wife and kids that he’s most proud of. Krasinksi shares two children, Violet, 9 weeks, and Hazel, 2, with his wife Emily Blunt. “We raise our kids, and we’ve very important and present in our kids’ lives,” he said.

The former Office star said, as much as he loves being a parent, it’s important to find a balance between raising children and being a good husband. “But at the end of the day, it’s important to preserve your relationship. It’s really fun because I have an amazing wife who also will go out on dates with me. We do one date a week at least where it’s just us,” he said. Their dates nights consist of just “dinner and talk, it’s really easy. We don’t need much. We just go to dinner and talk and have no baby talk.”

Their biggest struggle as parents is splitting their time between work and kids. Both Krasinksi and Blunt are constantly looking ahead and working on their next film project, but they’ve had to space out their jobs in order to have one parent at home at all times with their children. He said Emily is the one who struggles the most. “But for the most part…I’m also biased, but I’m also proud to know that my daughters are going to grow up knowing that their mom is an incredibly hardworking, wonderful woman. I think that’s really important for my kids. So that fact that Emily sometimes is like, ‘Oh man, it’s so hard to go to work and leave them behind,’ it’s like, yeah, but one day they are going to look up and say, ‘She went to work, and it was great.'”

He does admit that it’s hard, not only because they have to split their time during projects, but going from one child to two! “The truth is, I love really simple quiet times with my daughters. [But] You can’t switch off anymore. You can’t just say, ‘I’m going to take a break, you watch this child and I’m going to go watch TV.’ You’re always on duty. It’s a whole new thing to not have any time for yourself necessarily,” he said. “But at the same time, all the cliches are true. So yeah, you don’t have any time for yourself, but you have all this time with these wonderful, beautiful people that you never would have gotten to know otherwise.”