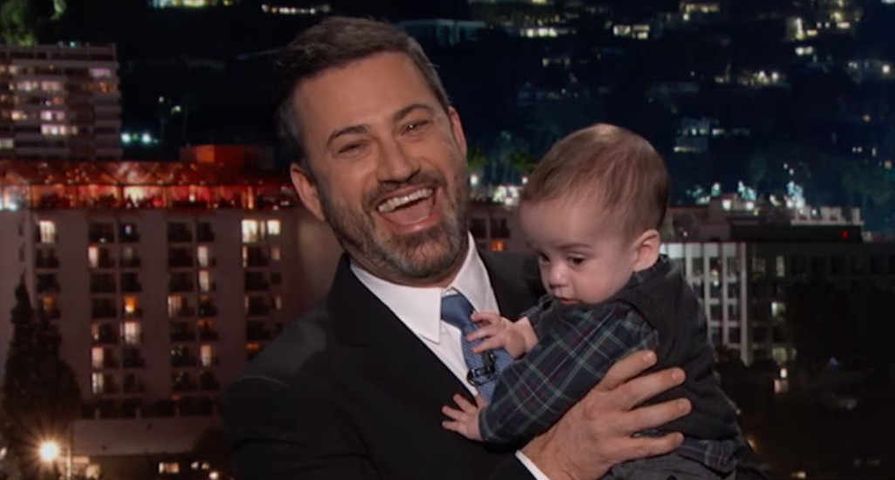 After a slew of celebrity guest hosts filling in for late night TV host Jimmy Kimmel for a week, he made his return last night with a special message and a very special guest.

One week after Kimmel’s young son Billy underwent his second open-heart surgery, the host brought Billy out with him and became emotional as he spoke to his audience.

“We want to thank the very bright and talented doctors and nurses at Children’s Hospital who treated Billy and many kids with so much care and compassion—children from every income level whose health is especially threatened right now because of something you probably never heard of,” he said while holding back tears. “It’s called CHIP [Children’s Health Insurance Program].”

He continued, “Parents of children with cancer, diabetes and heart problems are about to get letters saying their coverage could be cut off next month. Merry Christmas, right?  This is literally a life and death program for American kids. It’s always had bipartisan support, but this year, they let the money for it expire while they work on getting tax cuts for their millionaire and billionaire donors.”

Kimmel also asked for those watching to call House and Senate phone lines and demand CHIP funding. “Imagine getting that letter, not knowing to you’ll be able to afford to save your children’s life,” he explained. “This is not a hypothetical; about 2 million CHIP kids have serious chronic conditions. I don’t know about you but I’ve had enough of this. I don’t know what could be more disgusting than putting a tax cut that mostly goes to the rich ahead of the lives of children.”

Following the birth of his son, Kimmel and his wife Molly McNearney learned that Billy had a heart disease and required open heart surgery. Now, Kimmel says his baby boy is “doing great” and still has one more surgery to go.