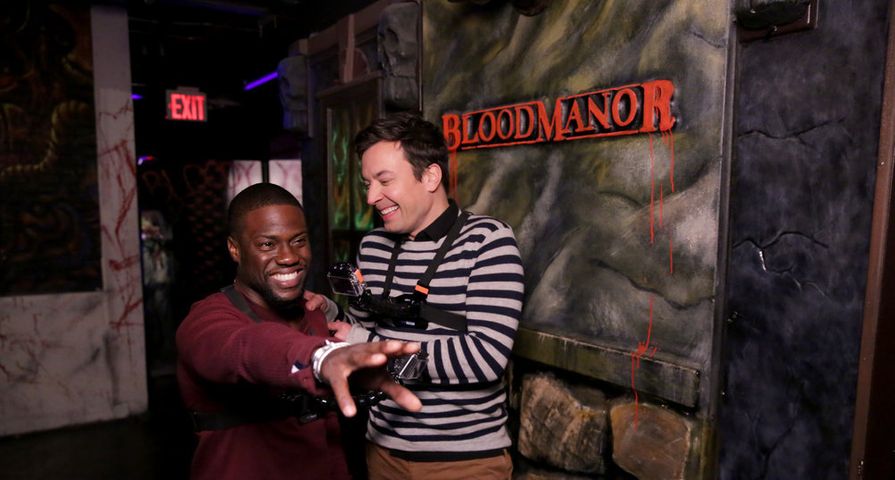 Jimmy Fallon loves the holidays just as much as everyone else, and always gets his celebrity guests in the spirit. Unfortunately for comedian Kevin Hart, he visited the show around Halloween.

On Thursday, October 14, Hart and Fallon teamed up for a terrifying, but hilarious adventure through Blood Manor, said to be New York’s scariest haunted house. Back in 2014, Fallon made Hart accompany him on a scary roller coaster ride, and was on a mission to scare the actor even more this time.

Needless to say, the two were not thrilled about going through the haunted house, but they were equipped with GoPros so viewers could see all of their best reactions as they encountered, bloodied people, scary clowns, werewolves, and a lot of ankle grabs.

The two were able to keep their cool for the most part as they went through the haunted house until Hart stated, “Hey, Jimmy, I farted,” causing someone scary who was following them to turn around pretty quickly. By the end though it definitely seemed like Hart had had enough as he was yelling “let me out” and, once he calmed down, he stated, “Listen, if you guys watch this and at any point I look like I’m afraid – I’m an actor. It’s me acting.”