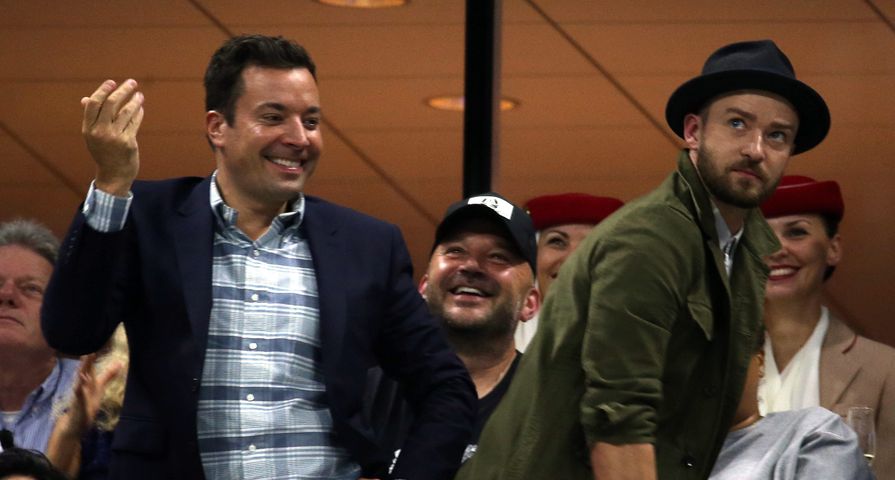 Jimmy Fallon has a pretty good relationship with a lot of famous celebrities, however, it is pretty obvious that he and superstar Justin Timberlake are actually good friends.

Timberlake has appeared on The Tonight Show Starring Jimmy Fallon many times and each time he has shown that not only does he really have comedic talent, but along with Fallon, the pair make a great comedy duo.

On Monday, September 14, Timberlake joined Fallon as they debuted a brand new sketch, and this time proved just how close they are by demonstrating they can communicate solely through looks and no speaking. What was already funny only got better when Will Ferrell joined in by staring in a keyhole window as the two guys shot intense stares and glances at each other.

Timberlake was already on the show very recently when he stopped by to perform “History of Rap 6,” showed off new pictures of his adorable son Silas, judged a hilarious “lip-sync battle” between Fallon and Ellen DeGeneres, and of course, was caught doing an impromptu dance of Beyonce’s “Single Ladies” while in the stands at the U.S. Open.

Keep this up and The Tonight Show is going to have to change its name to starring Jimmy Fallon and Justin Timberlake.

Check out the sketch below!