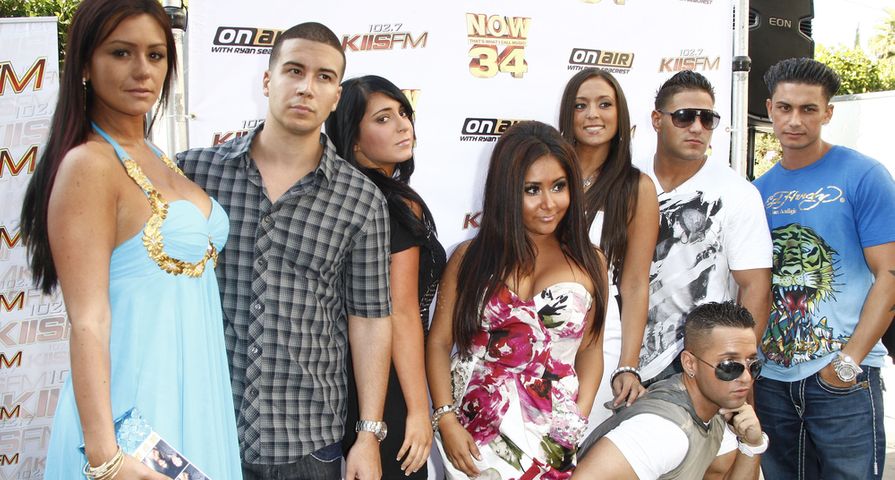 Exciting rumors were recently confirmed that a Jersey Shore reunion series is in the works.

The cast got together for a brief reunion on the set of a Burger King commercial and were later seen filming once again in New Jersey, but fans were left questioning why Ronnie Magro was absent.

“I honestly don’t know if anyone has spoken to him about it,” Deena Cortese explains when questioned about Ronnie’s absence. “Right now we’re in a group chat with me, Pauly [DelVecchio], Vinny [Guadagnino], Mike [Sorrentino], Nicole [Polizzi], Jenni [Farley] and Sam [Giancola]. Ronnie’s actually not in it right now, in the group chat, but we’re all talking about it and we’re all trying to figure out ways to make it happen.”

Cortese also explained that she cut off her friendship with Magro after a falling out where he neglected to support her when she lost her father. Despite their argument, Deena explained, “I’m sure he’d be willing to sign on. We just all haven’t spoken to him. I think Vinny’s the only one that really talks to him.”

She also opened up about whether there would be drama between exes Sam Giancola and Magro if he came back to the set. During the series, the couple became notorious for their large-scale fights and tumultuous relationship. “Sam is the happiest I’ve ever seen her, so I think she would be just fine if Ronnie is there,” Cortese told US. “She’s doing great. I don’t think his presence would bother her at all.”

Cortese added, “We’re gonna do everything in our power to make it happen, even if certain people don’t want to be involved or if certain networks don’t want to pick it up. We’re willing to go elsewhere and find someone that is willing to.”