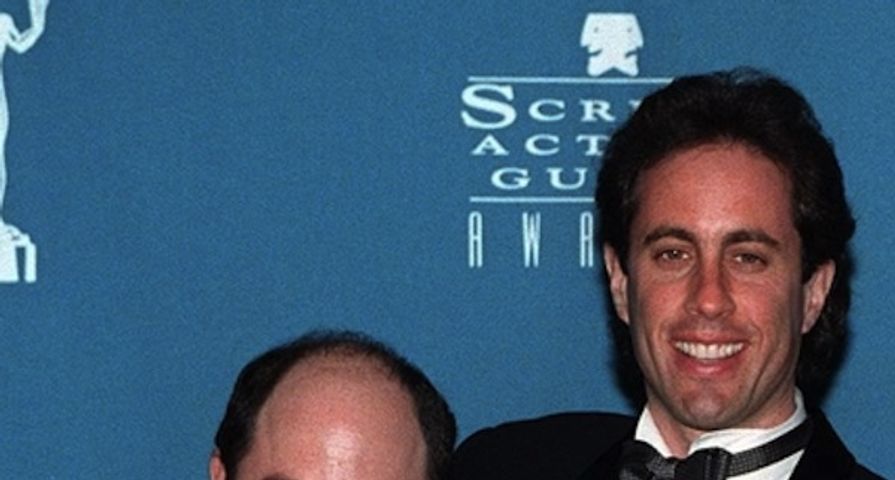 As the photo made its rounds on social media, the rumors began to swirl. What were Jerry Seinfeld and Jason Alexander doing at Tom’s Diner in Manhattan? If you are, or were a fan of the long-running sitcom, Seinfeld, you’ll immediate recognize the exterior of Tom’s Diner as the fictional “Monk’s Cafe” from the show. The place where Jerry, George and Elaine would enjoy a wide variety of conversation about absolutely nothing.

So, when the real life Jerry and George are seen strolling into Tom’s, and rumors start to swirl that Larry David was also in the neighborhood, people tend to get curious.

There’s an excellent chance that this visit to Tom’s Diner was nothing more than two friends getting together for a bite to eat, while discussing some stuff for an upcoming episode of Comedians in Cars Getting Coffee. Or it could be something bigger, associated with Larry David. That’s the chatter in Tinseltown.

Looking back, the ending of Seinfeld at the height of its popularity was one of the craziest things NBC had ever done. As the years have passed, we can see that it was a crazy virus that swept through the offices of NBC/Universal. Really, the Seinfeld farewell signaled the beginning of the end for the NBC’s reign over the primetime TV schedule. It was the end of a television era. Friends helped the network limp along for a few more years, but soon after the saccharin-sweet sarcasm came to an end, the writers’ strike began and subsequently the peacock was lost in the downward spiral.

But we’re digressing, aren’t we? This Jerry and Jason sighting is intriguing. Check out the video to get the full scoop.