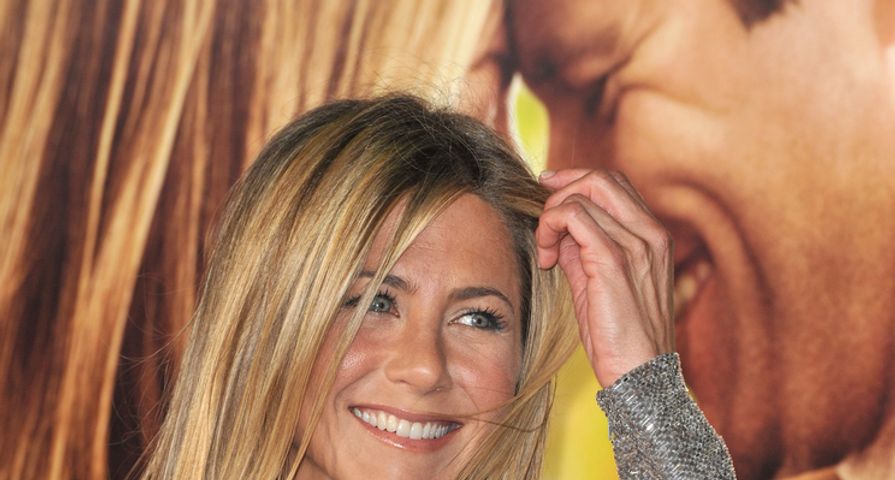 Friends of the 45 year-old say that she’s about three months along, but has been waiting to announce the news until she’s sure there aren’t any complications.

The rumors might be true this time, since Jennifer has done a number of talk show and red carpet appearances where she’s hidden her mid-section. On one red carpet, she wore an empire-waist dress with a big ruffled skirt; on Jimmy Kimmel Live, she hid behind a table; on another show, she wore a sign around her neck while she sat on a couch. Is she hiding something? Check out the video to see for yourself!

The one thing that might poke a hole in these pregnancy rumors is that Jennifer recently said in an interview that she’s tired of all the questions and expectations regarding pregnancy.

“I don’t have this sort of checklist of things that have to be done, and…if they’re not checked, then I’ve failed some part of my feminism or my being a woman or my worth and my value as a woman because I haven’t birthed a child,” she told Carson Daly.

“I’ve birthed a lot of things, and I feel like I’ve mothered many things. And I don’t feel like it’s fair to put that pressure on people,” she continued.

Check out the video to see, what appears to be, Jen’s baby bump!