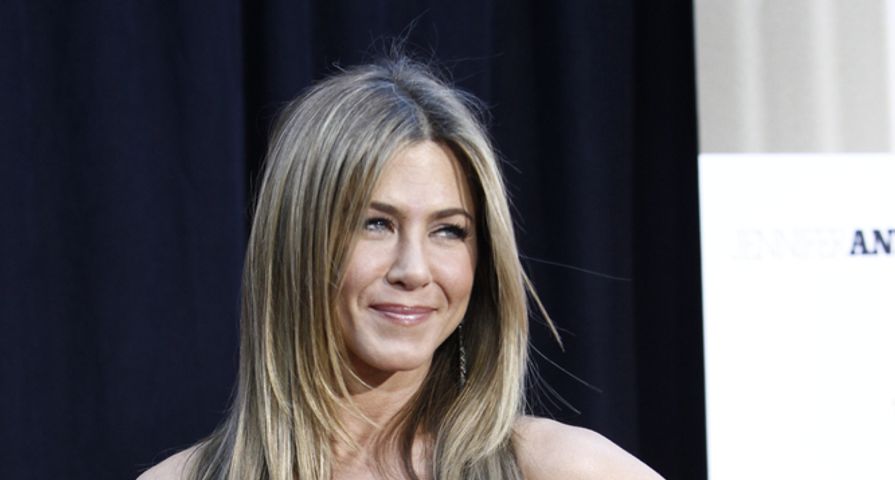 Although everyone is well aware of Jennifer Aniston’s struggles in her love life until finding real happiness with fiance Justin Theroux, it is only just recently the beloved actress revealed a personal struggle she’s been dealing with her whole life.

In an interview with The Hollywood Reporter Aniston, 45, talked about a ton of topics, one being dealing with dyslexia as a child, but not knowing she had it.

“I thought I wasn’t smart. I just couldn’t retain anything,” she told the magazine, and it wasn’t until she was in her 20’s did she realize that she was dyslexic.

“The only reason I knew [that I had it] was because I went to get a prescription for glasses. I had to wear these Buddy Holly glasses. One had a blue lens and one had a red lens. And I had to read a paragraph, and they gave me a quiz, gave me 10 questions based on what I’d just read, and I think I got three right. Then they put a computer on my eyes, showing where my eyes went when I read. My eyes would jump four words and go back two words, and I also had a little bit of a lazy eye, like a crossed eye, which they always have to correct in photos.”

“Now I had this great discovery. I felt like all of my childhood trauma-dies, tragedies, dramas were explained,” she stated of finally figuring out what had been going on when she was younger, feeling like she wasn’t smart enough.

Aniston even talked about Brad Pitt in the interview, stating she does not blame him and wishes everyone would just get past it already, as both have moved on. “We’re not in daily communication but we wish nothing but wonderful things for each other. Nobody did anything wrong. It was just like, sometimes things [happen]. If the world could just stop with the stupid, soap-opera bulls–t. There’s no story. I mean, at this point it’s starting to become – please, give more credit to these human beings.”